YokoO is a French DJ and producer who spent many years living in Australia where he made a name for himself as one of the country’s most popular underground artists.

He broke onto the international scene via his top-selling releases on Lee Burridge’s record label All Day I Dream. The success of those releases saw YokoO get invited to play at the All Day I Dream club events where YokoO got to showcase his DJ talents, and those dazzling sets earned him headline bookings at festivals and nightclubs across the world.

Known for his smooth and stripped back style, YokoO has also released music on other record labels ranging from Get Physical to his own label SATYA.

SATYA is a relatively new project, and its new release features original music made in collaboration by YokoO and Atish with a remix from Sepp.

Keen to learn more about the new release and some of his passions outside of music, we decided to catch up with YokoO for this interview…

Hi YokoO, it’s great to be talking with you today. Can I start by asking what part of the world you are currently living in, and if the local nightclubs are open again?

Hello there! It’s an honour to be sharing with you.
I currently reside in Lisbon, Portugal and as far as I am aware, events are starting to take place again. I trust some nightclubs were open throughout the year, although, with limited capacity and no real dancing allowed, which kind of defeats the purpose. That being said, I have not been keeping a close eye on the local scene. I travelled most of the year and my focus was on different things, so I am not the best person to ask.

I understand you spent many years living in Australia, what part of the country did you live in, and what did you like most about life down under?

I did indeed. I called Australia home for just over 8 years. I initially moved from France to the Sunshine Coast in 2006, where I studied International Business at the USC. After a couple of years, I relocated to Brisbane, and eventually (two years later), moved down to Sydney where I stayed until I moved away to Berlin mid/late 2014.

The question should be, what did I NOT like about living in Australia? Its remote location would be the main reason for me needing to live abroad. Australia was everything I ever dreamt of. And if it was not for my music career, I would have stayed there forever. I miss the lifestyle I had, and my friends too. Watching most of the sunrises over the wild pacific after early morning yoga practices, sipping on delicious coffee, swimming every day, enjoying outdoor and healthy living were a few of the things that made living in Australia so special for me.

How do you think the Australian club scene compares to that of Europe and other parts of the world you have visited?

My years on the Sunshine Coast definitely made me miss my wild clubbing years on the French/Swiss/German borders. Besides bars and clubs playing solely mainstream music, there was hardly anything going on. However, the growing underground scene in Brisbane between 2008 and 2010 truly shed some light on my path into deep house music. Moving to Sydney in 2010, and being so deeply involved with the Reckless Republic & SPICE After Hours gang was life-changing. There was just nothing better going on at the time. SPICE was a weekly Sunday morning after-hours and an institution that established artists from all around the world knew about. Even to this day, after having travelled around the globe and played countless parties, I would say that those days represent some of the most enriching and funniest times of my career behind the curtain, and behind the decks too. I have not experienced what the scene has become once the lockdown laws got dropped as I move to Berlin that year, yet have come back several times for short tours and know that Sydney was never the same again. The nightlife in NSW deeply suffered and the SPICE days were over. Being one of the only day events taking place at the time, SASH, which I remember playing at regularly when the brand was launched, sustained and started thriving. It became the go-to. The musical education of the underground crowds in Australia is real. There are many passionate promoters truly in it for healthy reasons. Thanks to them, people do get it. They appreciate diversity and quality.

I understand that you are a big fan of nature and the outdoors… is that what attracted you to Lisbon?

After living in Australia and relocating to Berlin, I must admit I was missing the oceanic lifestyle. Luckily, I was travelling to exotic locations 75% of the time. Initially, I had heard there were certain conditions making Portugal a very comfortable spot for artists. This inspired me in visiting the country.  I was ready for a change and instantly made the move. Little did I know how much I would fall for it. I am now looking at buying a property and truly settling down.

Are there any local beauty spots that you could recommend to others visiting Lisbon who want to get out and explore the local nature?

In the two years living there, I must admit I have spent a lot of time at home being a hermit (when not travelling). There are stunning hidden beaches surrounding Lisbon, incredible waterfalls in the mountains I have visited up North, breathtaking cliffside down South. I don’t particularly wish to give any pointers. The country is fairly small. I would therefore recommend anyone to rent a car and drive around, find their own hidden gems and keep them a secret 😉

I’m told Yoga is one of your other passions in life, and I wanted to ask if that had any influence over your creativity as a DJ/producer?

At the core of EVERYTHING, there is energy, vibrating at its own unique frequency. A thought, a sound, a movement, an intention, you name it. I believe my yoga practice has helped me purify the vibration that emanates from the very core of my being and therefore is making me a better human at all possible levels. It is obviously also inevitably reflected in the music I create.

Yoga has shown me a path to the infinite. It has taught me to see without eyes. It is attuning me to feel into a much broader frequency spectrum and connect to an energetic world that appears to exist beyond the space/time modalities. My awareness of the endless multi-layered universes is slowly expanding to a level of integration. The constant desire to rise and the work that lays beneath it all has a profound impact on the energy at the source of every thought I have and every action I take. The higher vibrational energy flowing in and out of my being defines my relationship with both my internal and external environments. All is connected, somehow.

Talking of your music, I understand you have a new release coming out that’s made in collaboration with Atish, and I wanted to know more about those tracks?

It was in the middle of 2020 that Atish reached out to me with some interesting musical ideas, expressing a desire to collaborate. Despite having followed seemingly different musical paths over the last couple of years, our passion for “moving” heartfelt music stands at the core and remains aligned. I had recently come home from living in a yogic community in Baja California where I completed some yoga teacher training. This immersion into the infinite depths of my inner self proved extremely beneficial on many a level. I felt at peace, my heart was bursting with love. I, in fact, was bathing in a blissful state of presence, and my mind was the clearest it had ever been. I was determined to walk down the road less travelled by and create something different to what I had been known for. Atish’s initial musical ideas, no matter how much they were transformed, initiated the creative process.

My interest in groove-based minimal house music has been resurfacing over the last few years. Whilst warm textures are still very much at the forefront of the picture, the drum patterns are becoming slightly more intricate. As one can hear in the three original tracks, influences vary from breaks, glitchy electronica, hip hop, to more traditional four to the floor house beats.

How do you know Atish, and what made you decide to collaborate?

Atish and I actually met behind the decks in 2015. Behrouz booked us to play back to back at Do Not Sit On The Furniture WMC that year. Since then, we shared the decks, and were found playing similar parties many times. We both live in different countries and had not been in contact for a while. As a result, this collaboration was rather unexpected to me, yet happened naturally, without any forcing. The several projects Atish sent me all contained countless elements to work with and triggered a beautiful flow of inspiration in me. In a few days, I basically nailed down the skeletons of a few tracks. We discussed finer details together over a couple of back and forth emails and agreed to release this three-track package on SATYA once finalised.

All is moving slowly, and smoothly. My team and I are preparing to launch a fresh 2022 visual identity, keeping my Mum’s watercolour paintings at the centre of it all, as well as discussing the possibility of doing label showcases as the world opens up again. Next year should also see a bunch of records being released involving artists such as Roni Amitai, Retza, Zone+, Francesco Mami, Bobi Stevkovski, Haider Uppal, Matthew Dekay and myself. There is no doubt other artists will be joining the team as the story unfolds.

What’s coming up next in your artist schedule, any other releases or DJ gigs you are excited about?

I have a pretty slow November, playing gigs and enjoying some downtime in both the United States and Mexico, preparing myself for a busy month of December around the Americas.

Thanks for taking the time to talk with me today, is there a message for fans or anything else you would like to add before we finish?

A pleasure!
Stay true to yourselves, always. 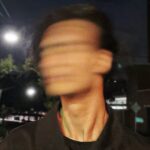 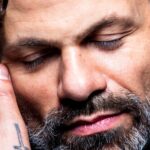