TAYA. and Quackers are two artists that have deep roots in the Australian electronic music scene.

TAYA. and Quackers are both accomplished DJs who play regularly at Australia’s best music festivals and club events. Each has also been making waves on the international scene with the help of their music on respected record labels.

Usually, the guys work independently, but they have decided to collaborate in the studio and their joint effort has been signed to Damian Lazarus’ Rebellion.

The two-track EP is titled “One Day Around the Sun” and the release opens with the title track they made in collaboration. Second on the EP is a solo track by TAYA. called “Elevate”.

Hi TAYA. & Quackers, I’d like to start by asking how you guys know each other?

TAYA.: “Quackers and I met a few years back when we were both performing at an event at an incredible mansion that sat right at the edge of a vast cliff face in the rainforest, overlooking the whole of the Byron Bay Shire.

“He caught my attention with his solo live performance, where he bounced between playing the guitar, Moog Sub 37 & a Dave Smith Prophet 6! I thought, “this is someone that would definitely bring some flavour to the table,” in a collaboration sense. I remember praising Michael for his ability to work all 3 elements at a professional level.”

He explained that he was a classically trained multi-instrumentalist, but had only been producing electronic music in a computer based environment for about 6 months and that he would usually play his sets completely live, which showed me that he was a seriously talented musician!

TAYA.: “We became mates after that, playing some of the same gigs and hanging with the same crowd of music enthusiasts around Byron Bay. Soon after, I invited him up to my music studio in the rainforest to collaborate and see if we could make some magic happen… as you now know, the rest is history!”

Flow has a strong connection to the Australian club scene of which you are both core members. What’s your current opinion on the Australian scene, and how is it recovering from the pandemic?

Could you each talk through your own individual sound, and what you like about the other’s approach to music?

Quackers: “The refining of the individual’s sound is a forever evolving beast. It has been one that started very early in life, and can be majorly attributed to the mentorship and teachings I received from some of Australia’s finest musicians, Don Burrows and Gerry Ciavarella. Jazz and Blues is the backbone for my sound and funk is the heart. Although these elements are not always audibly present in my creation, they are what sculpts my sound and continues to teach me.

Improvisation is the key to expressive freedom, how are people expected to talk without learning their ABC’s? For me this is my scales, my theory, and my practice and overtime has given me my own distinct voice.

I have a lot of respect for Taya and how he produces music. Taya has a finely tuned ear, he is able to pick up on very intricate details that set him aside from other producers. Furthermore, he is extremely passionate about his craft and lets this speak through his production.”

TAYA.: “As a producer, I know that my productions are pretty unique. I definitely have a signature sound. However, each track is entirely different from the other and not subject to just one genre.

The mood or place I’m in, mentally, hugely influences what comes out in my music. So I try to approach each studio session with an open mind and rarely think of what ‘sound’ I’m going for in terms of using another artist’s music as a reference. Instead, it’s more of a feeling that I build off.

You’ll find subtle inspirations from my childhood, being in rock bands and producing psytrance at the age of 11. Taking inspiration from that, you can expect to hear deep moody synths, beautiful melodic hooks, and complex percussive-filled grooves. So, to wrap it up, let’s just say my sound is a spectrum of ‘Electronic Dance Music’ sounds and leave it at that!

As I stated above, Quackers is an outstanding classically trained musician. His understanding of music theory at a professional level is awe-inspiring and refreshing to work with. After watching his live performance, it inspired me to build on my own live show, which I’m currently perfecting.

He is a truly inspirational artist whom I greatly respect, and I think we could all take a page out of Michaels’s book when it comes to perfecting your art!

He’s also a treat to record! No need for editing in Ableton. The guy nailed that epic guitar solo on our track ‘One Day Around The Sun’ in just one take!”

You recently joined forces for a release on Crosstown Rebels’ Rebellion imprint. Is this your first time collaborating, and did you work on the release while sitting in the same room or share ideas via the internet?

TAYA.: “Yes, this is the first time we have worked together. We did so in person, in my rainforest studio, away from distractions.

We wanted to record Quackers shredding on the guitar and team up a few of our hardware synths to make a sonically rich track.

For me, it’s always nerve-racking when collaborating with other artists for the first time. Of course, you never know if you’re gonna gel or not, but in this case, we both knew what each other’s strong points were in the studio, and I think that really worked in our favour.”

Can you talk me through the concept of the title track, ‘One Day Around The Sun’, and some of the equipment you used to make the track?

Quackers: “One Day Around The Sun was more about the energy that was created on that day, more than a preconceived concept. We started with a direction and sound in mind and ended somewhere completely different, and this is the beauty of music. I used a Cole Clark acoustic guitar on that day; this allows for very crisp lines and woody percussive hits. A cornerstone for my live set is the use of the Moog Sub37 and an Elektron Machinedrum, which were utilised quite a bit in this track. Also, I used an Alto saxophone for some quirky trills and stabs.”

How did you first make contact with Damian Lazarus’ who runs Crosstown Rebels and Rebellion, and are there any plans for a follow-up release?

TAYA.: “My manager Elle Watson was the one that made the connection there as they’ve been friends for quite some time.

Just after signing the EP, I went to Ibiza and met Damian. I watched him play at ‘Hi Ibiza’, where he dropped the B-side of the release, ‘Elevate’, in his set! It was awesome to see such a great response from such a heaving crowd!

Crosstown Rebels & Rebellion is in my top 3 favourite labels of all time, making this release a special one for me, and yes, I’ve already been hard at work in the studio crafting a follow-up release!”

Have you guys ever played a DJ set together, and is this something you will be doing any time soon?

Quackers: “My music is always performed live, which can make it difficult to collaborate with other DJs.”

Talking of your DJ skills, you have each recorded us a podcast in the past, and it would be great to know what part of a set your Rebellion track would be perfect for?

TAYA.: “I have this vision of ‘One Day Around The Sun’ going off at one of my festival sets in the daytime and Quackers playing the guitar solo live! So, maybe we’ll make this reality once I’ve perfected my live set later in the year!

It’s a moody feature track, though, so I would slip it in around the middle-to last 30 minutes of the set when I wanted to change the vibe. Then, I’d probably follow it with something epic like ‘Booka Shade – In White Rooms.’”

Could you each pick out a couple of melodic tracks by other artists that we can include in our Spotify playlist, and let us know why you made those selections?

TAYA.: “I’ve chosen 4 of my go-to tracks that have been on repeat since the day I discovered them. These are all on the list of my personal greatest tracks.

They each have a point of difference about them and have inspired me at some point in my musical career. If you’ve seen any of my DJ sets, you’ve probably heard one or two of them before.”

Quackers: “I’ve selected three tracks from some artists that continue to inspire me to create electronic music. The Glitz has created so many timeless classics in the past that ooze charisma and style; I really enjoy these guys. O/Y is a live artist with an ear for melodic sounds and swung rhythms, his music is from the soul and brings with it something truly unique. An Australian artist I have always looked up to for inspiration is Timmus, his music is full of life and chaos in all the best ways. It is clear through his productions that he is a master of rhythm with a keen ear for the obscure.”

Thanks for chatting today, is there a message for fans or anything else you would like to add before we finish?

TAYA.: “I’d like to thank Flow Music for your ongoing positive support of the Australian and International underground dance music scene and for helping bring incredibly deserving Aussie artists’ music to light.

Also, a massive thank you to everyone that’s believed in me on my musical journey, you’re all bloody legends, and I wouldn’t be in the position I am today without your support!”

Quackers: “Thank you to the Flow family for this opportunity and all the music lovers out there for the appreciation and support to keep on creating.”

You can buy a copy of TAYA. and Quackers’ ‘One Day Around The Sun from HERE 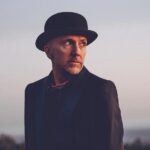 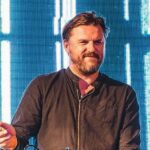