Solomun is an electronic music icon who’s known globally for his top-selling tracks and remixes.

Putting his iconic spin on the track, Solomun adds a darkness to the Golden Features’ original by pitching down the vocals and layering moody synths. Twisting ‘Touch’ into a slow-burning house heater, Solomun’s remix is eerily satisfying.

Regarding the remix, Golden Features said, “Beyond pleased to have a legend like Solomun on this remix. He’s taken the original in such a different direction sonically while keeping the song’s DNA intact. One of the best to ever do it.”

Golden Features has turned out to be an apt name for the artist born Tom Stell. It’s a nod to the gold mask he wears while performing, and also the six gold ARIA certifications he’s received for his tracks. 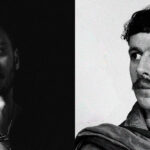 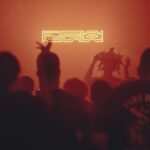