He delivers a stunning mix to support his new release “Odisea EP” on Renaissance Records.

Supported by some of the industry’s biggest players from Pete Tong, Lee Burridge and Solomun, Dee Montero received his biggest accolade in 2017 landing Tong’s Essential Tune Of The Year on BBC Radio One for what Solomun called his secret weapon – the string-fuelled, epic end-of-nighter ‘Halcyon’, released on the maestros acclaimed Diynamic imprint.

From Asia to America and everywhere in between it’s all been about the music for Dee. Performances in Australia, India and Dubai have been interspersed with appearances at Burning Man on the Robot Heart and Carl Cox’s Playground stages as well as summer shows in Ibiza including Hï with Joris Voorn and Nic Fanciulli. With global support for his style and musical selection it wasn’t long before going solo as a producer was instinctive and essential. With critical releases such as ‘Full Body’ on Saved and the epic ‘Vedra’ on Knee Deep In Sound the future was clear.

Alongside the podcast, Dee Montero also took the time to answer a few questions about his mix and latest release…

Thanks for having me! The mix slowly builds from blissed-out electronica into broken beat and breaks then picking up pace with deep house and organic keeping a melodic thread throughout. There’s tracks from Fout Tet, Tim Englehardt, Just Her and Rodriguez Jr so the vibe and energy is quite melancholic and not so clubby but definitely has a summery feel.

Yes there’s a few of own tracks but that would be shameless to say they’re my favourite 😉 It’s actually an old track from Gardens Of God ‘Are We?’ which I rediscovered going through old playlists. It brought back memories of my time living and DJing in Hong Kong 10 years ago and I love the vocals of Egle.

I’ve just released an EP called ‘Odisea’ on Renaissance including a collaboration I did with NuKreative called ‘Athena’ which I’ve included on the mix. I’ve also a new EP coming up on my label Futurescope called ‘Perpetua’ end of this month and you can hear the exclusive of ‘Opia’ on the mix.

I think sitting on a beach somewhere watching sunset with a spliff is a good start.

Just want to say hang in there and hopefully we’ll all be back on a dance floor soon. There’s definitely light at the end of the tunnel!

Thanks for taking the time to speak with us, you can order Dee Montero’s new release on Renaissance Records from HERE 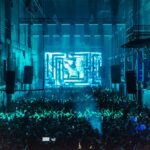 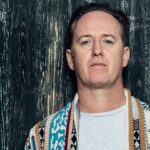