Compiled and mixed by Sasha, designed to flow like a DJ mix for home listening. It traverses ambient, breaks, techno and electronica and features MJ Cole, lau.ra, The Micronaut, Tryphème, Rival Consoles and Alex Banks alongside Sasha’s own expertly crafted productions and more.

Evolved from the eponymous playlist, LUZoSCURA began on Spotify as a stash of music sent to Sasha which didn’t meet the pace of his club sets, nor suit his venerated label LNOE.

“The playlist thrived during lockdown,” highlights Sasha. “For the first time in over 20 years I had no reference point for banging club music, so I gravitated towards the LUZoSCURA playlist. I threw more energy into curating it because the sound felt right for that time, and I quickly realised I wanted to make some of my own music with this theme.”

Off the road and disconnected from the dancefloor, he’d utilise the break from touring to evolve and adapt, while connecting with an international roster of artists who are similarly invigorated by sounds which traverse electronica, ambient, techno and breaks. The playlist grew, and last summer Sasha showcased the catalogue of sounds for the first time as a live stream, igniting the idea of a mixed compilation and a call out for fresh music was made.

“The compilation process was an amazing experience in connecting with newer, budding artists I wouldn’t normally receive music from. From this new project, I want people to be ready for something beyond the 4 X 4 kick drum, something which goes in different directions. Mixing it was quite different to the standard progression that I’m used to when I DJ because the beauty of the LUZoSCURA sound is that it jumps between breakbeat to melodic to ambient, yet it still flows.”

As with many artists, the limitations of lockdown sometimes impacted Sasha’s mindset and productive drive. However, it was after one especially frustrating day that he was able to channel this energy into a studio session that would lay down the foundation for this compilation, dusting off two exciting tracks ‘HNDI’ and ‘Corner Shop’ in the process.

“During the first lockdown my basement studio became quite an escape for me. I had many late night intense creative writing sessions, sometimes putting 10 ideas down in one night. HNDI and Corner Shop both came from a night like that”

Sasha opens up with the buoyant intro of the breaks-influenced ‘Corner Shop’, the first of his three tracks on the compilation. MJ Cole is among the established artists to feature with blissed out track ‘Maestro’, while The Micronaut, a multi-instrumentalist whose Olyimpia (Summer Games) album was a favourite of Sasha’s through lockdown, offers an immersive trip in ‘Koelsa’. lau.ra, the lead singer of British influential electronic band Ultraísta – who also performed at Sasha’s milestone reFracted live show – adds a touch of sensuous energy in ‘I’ll Wait’. Demanding close listening is upcoming New York producer QRTR, who delivers with her bite of euphoria in ‘Forest Sprint’. British producer Jody Barr brings through a burst of energy with ‘Accidental Lovers’ which features talented New York musician Felicia Douglass before we hear another breaks-loaded trip from Sasha in ‘HNDI’. Closing the odyssey with a stirring, expansive soundscape is synth duo Felsmann + Tiley. 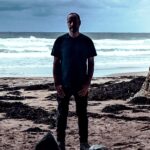 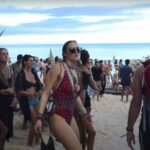