It’s been uncovered by a new study that the highest-streamed artists on Spotify might be earning less than you think.

Tim Ingham is the founder of Music Business Worldwide, and writing a report for Rolling Stone, he found that many of the world’s most popular artists struggle to make annual revenue over $50k from Spotify.

Of these Gold Club artists, only 13,400 earned over $50k last year, and that’s 0.2% of all the artists on the streaming platform. Only around 870 in the world made over $1 million, and that includes superstars such as Adele, Drake and Ed Sheeran.

Talking about his findings, Tim Ingham said: “Delving into these granular stats guarantees us that these 13,400 artists – the $50,000-a-year-plus minority within our 57,000-strong “Gold Club” – cumulatively generated a minimum of $2.22 billion on Spotify last year,” and then continued: “This all reveals a painful truth: Even among the elite 0.8% “Gold Club” of artists on Spotify, there is a vast disparity between successful and unsuccessful, with the majority of artists firmly in the latter category.”

Spotify has come under criticism before for its system of paying streaming royalties, and this information is expected to start a new debate about how the platform values the people who provide its content. 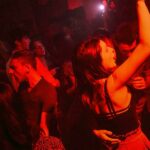 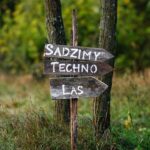