Instytut Festival is a popular festival in Poland that on the 24th and 25th of September 2021 will celebrate its 20th-anniversary edition with two big events.

The event was originally scheduled for June but was forced to reschedule due to the pandemic, and has planned DJ performances from the likes of Richie Hawtin, Nina Kraviz, Chris Liebing, and Ben Klock.

Iwona Korzybska and Joanna Wielkopolan are two of the event’s lead organisers, and they are also passionate about the environment. They also run a very special event called “Let’s Plant a Techno Forest”.

Let’s Plant A Techno Forest is an event where partygoers each plant a tree as part of a small festival that also has DJ performances and visual artists. At their last event over 700 trees were planted by 600 partygoers, which was a new record for the event. 7,000 people wanted to take part, but due to restrictions, only a limited number were permitted to attend. 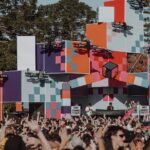