France’s government yesterday assembled in the country’s senate to vote on the use of vaccine passports.

The results of the vote saw 123 votes against the legislation, but the majority of 199 people voted to approve the use of vaccine passports, which means they are now a legal requirement for French venues hosting public events.

Vaccine passports or “health passes” will now be required in order to attend gatherings in venues that hold more than 50 people. This includes nightclubs, cinemas, theatres and some sporting venues among other locations.

Starting in August, France will also introduce a similar health pass system for using public transport services along with visiting places like restaurants and cafes. These new laws mean people are required to be fully vaccinated or have a negative test result for COVID-19 before being allowed access to certain spaces or public services.

Some might think this makes people without the vaccine feel like second class citizens, but although people may decide not to get a vaccine for personal reasons, it’s also the health of others that need to be taken into account. Even without symptoms people can still spread the virus and may transmit it to someone who is classed as vulnerable.

President Emmanuel Macron pushed the measure as part of his plan for increasing vaccinations, and perhaps incentivise those who plan to get one, but have been slow to arrange their jab. The main reasoning behind the decision is to limit the spread of the virus and control new variants that lead to outbreaks of infections.

Some other countries including Greece, Italy and Austria are expected to implement similar systems after recently starting to increase their restrictions. It’s also expected that the UK will implement a vaccine passport system for entry to nightclubs and some other venues. 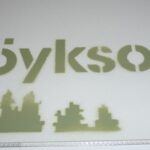