Maceo Plex has been Eric Estornel’s flagship alias for over 12 years. In that time, he has spearheaded the melodic techno revolution with his always astral, widescreen sounds. He has taken them to landmark festivals and clubs around the world from Tomorrowland to Awakenings, Kiev to Israel. He has remained busy this year, with a new single on Ministry of Sound, guest mixes for BBC Radio 1, a Beatport Number 1 for his remix of Faithless’s ‘Insomnia’ and plenty more quality signings to the Ellum Audio label. Coming soon is his first new album since 2017’s revered Solar.

The first signs of what to expect come in the form of the stunning ‘Revision’ feat Giovanni. It has a beautifully angelic and epic vocal which makes for a spine-tingling piece of electronic music from the off. The cosmic synths layer in plenty of colour and the powerful drums power the track onwards and upwards. There is melancholy in the chords but hope in the second vocal that joins the mix and is sure to get hands in the air. 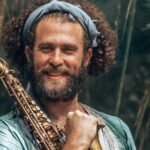 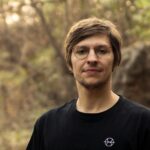