Camel Riders is a label owned by Laroz who will be recognisable to many for his releases on labels such as Sol Selectas and Diynamic.

Boasting an impressive back catalogue of releases, Camel Riders latest offering is a magnificent album from ITAI whose music has an enchanting aura that captivates the imagination.

Prior to the eight-track album release, there were two singles taken from the album that each featured an impressive remix pack alongside the original track. Those singles “Jacob’s Ladder” and “Flame of the Pine Cone” both gave us a sneak peek of what to expect from the full LP, but the final release well-exceeded expectations.

Each of the singles was a stand-out piece of music that tantalised the senses, but put in the context of the full release, they have a storytelling quality that is amplified by the rest of the tracks.

ITAI is an American artist who has a background in jazz and playing the saxophone, so it’s no surprise that there is a musicality beyond that of synthesisers and drum machines. The live saxophone really gives a voice to the release, while helping switch up the mood and atmosphere, especially on the few tracks that don’t feature the saxophone, as dropping out the instrument creates a strong contrast.

Quoting from the press release “Each of the eight tracks on this release are interwoven into a sonic tapestry of sound that culminates in a contemporary artifact of memories and emotions. Its joyous vibe is a celebration of life, and that creates an energy perfect for the dance floor, but also an intricacy perfect for home listening.”

Downtempo with a flow of energy that builds from the ambient intro, it has peaks and troughs that create a compelling listening experience, and because it’s got a lot of live instrumentation it will certainly appeal beyond just the world of electronic music. 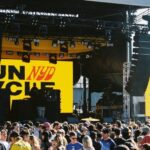 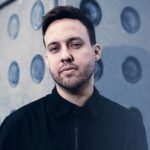