Joep Mencke is known for his releases on labels including Happy Camper Records and Klassified.

Joep Mencke is a Dutch artist who has an organic sound influenced by nature, and along with his enchanting DJ sets, he is internationally known for his tracks on labels such as Happy Camper Records and Klassified.

He recently dropped his debut album ‘Unalome‘ which is a storytelling release that features 11 of his original tracks including a collaboration with Benjamin Sacks.

We invited him for this interview, as he is soon to start an Australian tour that includes him playing at a Flow Music event in Byron Bay, along with sets at other events such as Festival 23.

The tour will be his first time playing in Australia, and we are super excited to have him play down under…

Hi Joep, it’s great to be talking with you today, could you start by talking about where you are currently living, and what the local music scene is like?

Hi! Thanks for having me. It’s a nice question to kick off this interview. So since the end of 2021, I have been living a more nomadic lifestyle, having a few places that I get to call home. There is Maastricht where my family is based in Amsterdam, which is a great place for my music and social life, and Istanbul where I developed a deep love for Turkey.

In Maastricht I live like a hermit, so I am not sure what the music scene is like, I am not involved in it all, but I have heard of a few events taking place.

When it comes to Amsterdam, the music scene is definitely super vibrant. A lot of my friends from this industry are based in this city, there are a lot of different events taking place, and things are always moving, changing/evolving. I would say it is also the case for Istanbul.

Could you describe your music style and some of your main influences, I understand you are inspired by nature?

The official term to describe my music is ‘organic house’, but to be honest, I don’t really like this idea of being labelled. Personally, I would describe my music as compelling, layered, deep and melodic. The chord progressions, hypnotic baselines and driving drums contribute to making my music an invitation to embark on a journey. Nature is definitely an important element within my purpose and the music I create, because nature is life, and we are nature.

We make one with nature the closer we get to it, and this brings us closer to the true essence of who we are as a species. Nature is extremely powerful, and offers new perspectives.

You are soon to tour Australia, and I wanted to know if you have been to the country before, and what you are most looking forward to?

I went to Australia during my gap year after high school, but that was definitely another type of experience than what I’m expecting from my tour! I am very excited to come back and bring my music to a place I have never played before. I am curious to see how people will respond to it, and how it will resonate with them.

How long is the tour and can you list some of the places you are playing?

The tour will be three weeks and will kick off with Festival 23 which I am very excited to participate in. I will also be playing for a Flow Music event in February at Byron Bay, but Sydney and Melbourne are also on the list, so stay tuned for more details.

Are there any Australian artists you are excited to meet or play alongside?

To be honest, I don’t really know many Australian artists in this music genre, but I am looking forward to discovering them and experiencing the energy of the music scene in Australia.

Moving on to the subject of your music, can you tell me about your most recent release, as I understand you recently dropped a debut album?

My album is titled ‘Unalome’ which is a name that symbolises the path to enlightenment in Buddhism. Its concept is about the story of human existence, and it reflects the different emotional states within life, which is a journey towards enlightenment, and ultimately embodies how we evolved and grow as humans.

How did you find the process of producing an album compared to an EP, and is there a concept that ties the tracks together?

The process is definitely much longer than an EP, Unalome took two years to make, which is a pretty long time, but the satisfaction is even bigger. I wanted this album to be a true expression of me. I would say producing it was definitely more challenging that the other tracks I’ve made, but it was also a truly fulfilling journey full of growth, insights and joy. It is every artist’s dream to make an album and was certainly one of mine.

Each track symbolises a particular state on the path towards enlightenment. It begins with courage… the courage to start this journey of growth and ends with enlightenment… the ultimate intimacy with all things in life.

Klassified released the album and I’d love to know more about that label and your relationship with them?

My musical career started with Klassified so Thomas and Julien (co-founders of Klassified) are like brothers to me. They have supported me since day one, always advising me and challenging me.  Without them, I probably wouldn’t have dared to do music as a career, and would be doing something else, which is crazy when I think about it!

Could you list a couple of the stand-out melodic tracks that you are playing in your sets at the moment, and why you think they are special?

Tim Engelhardt’s ‘Disconnect’ on his Scenarios label would be my first choice. I’ve been loving all the new releases from the Scenario crew, as their energy and harmonies are perfect for a club setting, but the vocals also make it super accessible.

Oluhle’s ‘Owami’ on the Colle record label is my second choice. I recently rediscovered this track, and fell in love with it all over again. When it was released a few years ago it was definitely played a lot, then this summer I stumbled upon it again, and absolutely love it!

Thanks for taking the time to talk with me today, and is there anything you would like to add before we finish?

Thank you for having me, it’s been a pleasure and I am very excited to come to Australia and rediscover the energy of this beautiful place.

You can buy a copy of Joep Mencke’s album ‘Unalome’ from HERE. 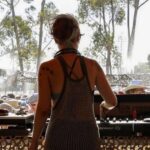 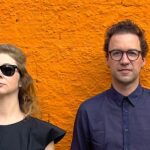