Patrick Topping released ‘Organ Belta’ via his label Trick and has been donating sales revenue to Jamie Roy’s family.

Jamie Roy is an internationally respected DJ and producer who recently passed away at a young age following a car accident.

Along with being popular in the UK, he was also well-known in Ibiza where he regularly DJed at places like Pacha, Ushuaïa Ibiza, Amnesia, Ibiza Rocks and DC-10. He also played festivals ranging from Scotland’s Terminal V to Central America’s BPM Costa Rica.

Not only a talented DJ, Jamie Roy was also an accomplished producer whose music could be found on record labels including Ultra, Toolroom, Repopulate Mars, Kaluki Music and Lost Audio.

One of his most successful productions is the ‘Organ Belta’ track he released via Patrick Topping’s Trick and in his memory, there has been a campaign amongst his friends and family to get the track charting on Beatport.

Currently, Organ Belta is positioned No. 1 in Beatport’s house chart, but people are now pushing for it to become a top seller in the all-genres section and all the sales revenue is being donated to his family.

Thanks to everyone that made this happen! A great tribute to Jamie ❤️ All proceeds will be going to Jamie’s family ⚡️❤️ pic.twitter.com/EjgjGuZuxG

There have been lots of people supporting the track this week including Patrick Topping, Jess Bays, Leftwing : Kody, Michael Bibi, Richy Ahmed and East End Dubs, plus many others.

Flow Music is also supporting the cause and sends condolences to Jamie Roy’s friends and family.

You can buy a copy of Jamie Roy’s Organ Belta on Beatport HERE. 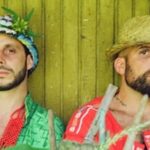