Strawberry Fields has been cancelled, but they are instead running two 2022 offshoot events in Melbourne.

Strawberry Fields is one of the highlights in Australia’s electronic music scene and their forthcoming event running from the 28th to 30th of October 2022 has been forced to cancel due to extreme flooding.

Event organisers have already announced ticket refunds provided people apply before the 29th of October via the ticket-selling site Humanitix. Those who don’t claim a refund will have their ticket rolled over to the 2023 event.

Although the festival has been cancelled, the organisers will be running two offshoot parties in Melbourne city centre. Moodymann was one of the headliners from the festival and he will not be playing with some of the other acts at the Cup Eve Warehouse on Monday the 31st of October.

The other event is on the 28th of October at The Night Cat where Mali blues outfit Tamikrest will be performing alongside local support from Moontide Ensemble, AMARU TRIBE and DJ Eva J.

Extreme flooding at the Strawberry Fields site located near the banks of the Murray River has made it unsafe for the festival to go ahead and it’s too short notice to find another site. Hiding their frustration behind humour, the organisers released a statement with this opening: “We are absolutely devastated to announce that we must cancel Strawberry this October. While the idea of throwing the first music festival exclusively accessible by houseboat, tinny, personal snorkelling or flotation device was somewhat tempting….we decided Australia probably isn’t quite ready for the concept just yet.”

They then continued to give more details about their decision to cancel: “The Murray river – which normally is the star attraction of our beloved festival – is currently at an unprecedented persistent high. After being in Tocumwal for a decade we have never witnessed conditions like this. Critical access and entertainment areas are currently metres underwater, and expert advice suggests the situation could only worsen from here.

“At this stage it is not possible to commence event construction or be confident at all that the festival can safely take place. After consultation with our critical local stakeholders and emergency services, and with insufficient time to secure an alternative venue, we have been left with no alternative but to cancel.” 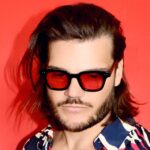 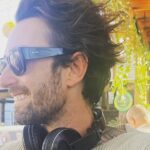