Bona Fide has also released organic house tracks on labels such as TRYBESof, Anjunadeep and Kindisch.

Amsterdam-based DJ and producer Bona Fide makes his triumphant return to Lee Burridge’s All Day I Dream label to release the Entropy double-EP.

For his debut EP release on All Day I Dream, Bona Fide showcases a diverse repertoire of sounds across the eight tracks. The record kicks off with the title track, where Bona Fide eases the listener in with soft percussion before incorporating fluttering melodic textures. Another highlight from the A-side is ‘Kikiri’ – a mesmerizing composition spanning nine and a half minutes which features filtered chanting over an enduring drum pattern, balanced out by mystical synth harmonies. On the B-Side, Bona Fide recruits Zone+ to collaborate on ‘Alter Ego’, a stripped-down groover with an infectious bass-line, and Wassu to collaborate on ‘Love Sparkles,’ a joyous track with maximum danceability.

Entropy may sound familiar to some, as unreleased cuts from the record have been staples of Lee Burridge sets worldwide over the last year and a half. Bona Fide’s main stage performance at the inaugural All Day I Dream Festival in Northern California left fans wondering when he would next be featured on the label. Delivering the eight track Entropy EP to be released in both digital and physical format, Bona Fide makes a massive contribution to All Day I Dream, as the world-renowned label adds another wonderful EP to their catalog. 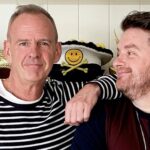 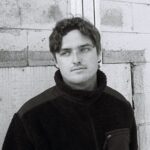