Aracil is a talented DJ and producer who lives in Ibiza where he regularly performs in many of the local nightclubs such as Sankeys, Pacha, Privilege and Ushuaïa.

Known for his uplifting and melodic style, Aracil has built an international reputation for being able to captivate a dance floor with his mind-bending DJ sets.

He is equally skilled as a producer and his music has featured on scene-leading imprints such as Einmusika Recordings, Seven Villas and Katermukke. Along with being a solo artist, he is also a regular collaborator with other artists such as Nicone.

Along with his epic mix for Flow Sessions, Aracil also took the time to answer a few questions…

Thanks for recording us a podcast, could you tell us where you recorded the mix, and what equipment you used?

“I recorded the mix in the beautiful Casa Maca, a place where you can see Ibiza in front of the moon.”

“I like them all, but if I have to choose just one then it would be ‘Into Your Tribe’ by Frog Collective as I love the vocals.”

“I’ve recently finished making a new track with my German brother Nicone that features a singer who did the vocals for the famous track ‘Hungry For The Power’ by Jamie Jones.

“Sunset or Sunrise with friends near the sea.”

Can you list a few DJs that have inspired you or influenced your style over the years?

“There are a lot, but some of the main ones are Laurent Garnier, Nicolas Jaar, David August and Nils Frahm.”

Are you playing at any festivals or other exciting events this summer?

“I have a weekend residency in Marbella at a new club, and of course, I’m also gonna play in many other great places here in Ibiza.”

“Hope you like this set I made for Flow, and you all enjoy it!” 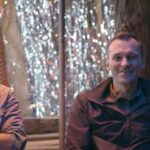 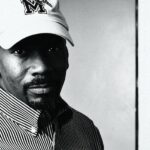