Last weekend Barcelona hosted a 5,000-person music event as part of its road map towards reopening the Spanish nightlife industries.

Mask wearing was compulsory at the event but there was no social distancing. The event was made possible due to same-day mass testing, as only those with a negative test result were permitted access to the venue.

Jordi Herreruela was the promoter of the event, and in an interview with France 24 English said: “If everyone attending tests negative for coronavirus, we can create a sanitary bubble where infections inside the venue aren’t possible”

Tickets were purchased in advance, and anyone who tested positive for the virus was given a full refund. It will probably be a few weeks before a final verdict is given on whether the event was considered a success from a health point of view.

Assuming there is no COVID-19 outbreak linked to the event, then it’s hoped that this event will become the blueprint for many others to follow. One person who attended the event said: “At first I was very nervous because I was scared to be with so many people.” Discussing her experience after arriving, she went on to say “at all times I felt very safe, the organisers did a great job.”

Playing at this event were rock bands, but there is nothing to say the same health and safety procedures wouldn’t be equally effective at a club event with DJs. 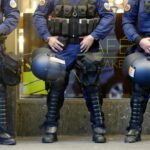 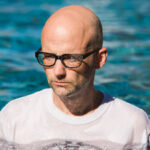