Last weekend around 200 young people took part in an illegal party at St. Gallen in Switzerland. In addition to vandalism, there were also violent clashes with the local police.

The teenagers gathered in mass at St. Gallen’s Red Square, and several residents who watched described the event.

After the shop she owned in Red Square had been damaged by the rioting crowd, one resident told Blick that she was “shocked and extremely disappointed.” Another resident described the gathering group as “quite aggressive” after watching the police and youths clash from their home.

Stones and chairs were thrown at police officers who tried to disperse the crowd with irritant gas and rubber bullets.

Several arrests were made and one police officer was injured during the clash. This is the first time an incident like this has happened in St. Gallen. A police spokesperson said they have broken up many lockdown parties in private apartments, but this is the first large scale breaking of lockdown restrictions.

The police spokesperson cited the continuing pandemic as the reason there is a growing potential for aggression, as frustrated young people are looking to find ways to vent their energy. In a statement, the police spokesperson said “The nerves are bear with a lot of people,” then went on to say “violence is still not justified – there are rules and we as the police have a mandate to enforce them.”

What happened on St. Gallen is not an isolated case as there have been similar gatherings in other parts of Switzerland. Pascal Siegenthaler is a spokesperson for the Zurich City Police and there have been repeated clashes between young adults and the police, so in many places, the police presence has been increased. 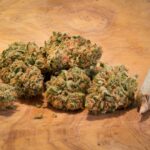 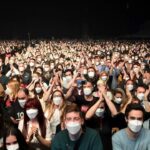