Though clubs obviously still boast immense pulling power, these days, hardcore clubbers and discerning patrons alike like to spread their wings a bit more — especially where the festival circuit is concerned. Needless to say, a dark room and a strobe light still boasts its own charm, but the modern-day party-goer is equally concerned with sampling the unique, which is why venues such as old churches, quaries, shipyards and even ex-jails have all become fair game for parties in recent years. Some venues, however, really are ideally suited to the sound of electronic music. Burning Man’s infamous ‘playa’ is one that comes to mind: so much so that it’s basically ushered in a new sound, the likes of which has been popularised by artists such as Lee Burridge, Eagles & Butterflies and more. Another venue (of sorts) that’s become a perfect backdrop for 4/4 sounds recently is the jungle, and there is nowhere on earth quite like the Mexican jungle. Increasingly a retreat for high-end European DJs looking to get away from Europe’s drab winter time, the likes of Tulum have become destination no.1 for said jocks. With this in mind (and with Solomun, Maceo Plex, Dixon and Ame among those venturing to Mexico for upcoming gigs in January) we decided to profile 5 of the best such DJs, the likes of which boast intricate sounds that are perfectly suited to the jungle’s many mythical charms…


This deep house master and Innervisions boss can take you on a truly emptive trip into the depths of house music. He can play sparse tracks that send shivers down your spine or thrill you with cosmic melodies, sweeping pads and a musical grandeur that will all sound extra magical amongst the jungle undergrowth.


A master of house music that is stuffed with exquisite synth work, you can expect some majestic chords as well as deep rolling beast from the Dynamic boss. When heard in the paradise that is Tulum it’s sure to be all the more poignant.

Burridge is at the centre of his own musical universe – where dreamy pads drift over rolling beats. Its mystic and poignant, grown up and musical and the sort of perfectly tender soundtrack that will come alive monist the Mayan ruins and beneath a hot, cloudless sky,


Jones is a real chameleon who can serve up a wide range of house and techno sounds according to the context. He has long been a firm favourite and returning regular to events in Tulum so knows the place, its history and atmosphere well – as such expect something perfectly suited to the special vibe of the place.

The Ellum Audio boss has a very particular techno sound that is astral and space age, cosmic and far gazing. It will make perfect sense under the twinkling stars of this organic resort and encourage lots of deep thinking and grand thoughts so prepare to have your mind truly awoken. 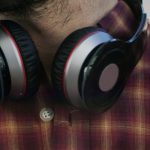 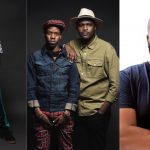