An experimental festival event was held in the Netherlands to see if large scale events can safely take place during the pandemic.

Fieldlab is the scientific research organisation that ran the event as part of its Back To Live project which, backed by the Dutch government, is aimed to gather data on reopening the nightlife industry.

All of the attendees had to take a PCR test 48 hours before the event which was held at a village called Biddinghuizen. 150 rapid tests were randomly given out at the entrance, which found 26 people positive, who were subsequently denied entry. Temperatures were also taken as people entered.

After entering, the attendees each had to wear a motion tracking device and also had to download an app that monitored their movements around the festival site. This was to monitor contact with others and track any potential spread of the virus if someone turned out to be infected with COVID.

Face masks were meant to be mandatory, but reports suggest many of the attendees stopped wearing them before the event finished.

The event was held in mid-March, and everyone who attended was tested again for COVID five days afterwards. Anyone who was infected had their motion tracking data analysed, and their contact with others looked at to see how the virus may have spread.

This is the seventh event to be held by Fieldlab as part of their Back To Live project. The others took place at theatres, nightclubs and other cultural venues where large groups may gather.

Over 6,000 people have attended all of the experimental events run so far, and they have found only five people who may have got infected with COVID during or around the time of the events.

It’s too soon to have the final results, but the Fieldlab team seem to be confident in their findings so far. 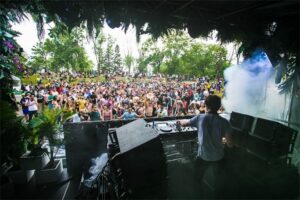 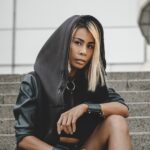 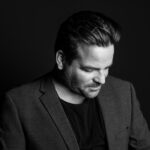