Flow Music’s record label is back with a stunning new release that along with original music from Aeyem & Lakyn also features a remix from iconic German duo Super Flu.

Aeyem is an Australian native who makes a rather spectacular debut with “Reach The Water” which is an expertly produced track with powerful lyrics and epic melodies.

Lakyn is the lyricist, providing ethereal & soothing vocals, accompanied by the liquid textures of the backing tracks that ripple with waves of euphoria and throbbing bass tones. We are ecstatic to bring you this collaboration for FMR004, bursting with quality songwriting, composition and production.

Complementing the original is a rather splendid remix from Super Flu, who are among the most accomplished artists in the world of electronic music. They have a unique sound that is a melting pot of styles that they forge into their own melodic house/techno style.

Super Flu is known to incorporate tribal percussion elements, with techy grooves, cosmic synth lines and eccentric melodies. Their music can be found on influential record labels including Stil Vor Talent, Watergate, Moon Harbour, Diynamic, Get Physical and their own Monaberry.

Their remix on this release is a teched up version of the original that adds a more ridged percussive foundation, they also swap the pulsating synths of the original with their own stabbing melody. Teasing a pitched-down snippet of the vocal, they have transformed Reach The Water into a hypnotic version with psychedelic undertones and a euphoric breakdown. 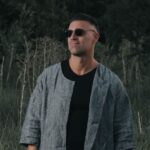 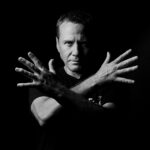