German Brigante has released music on the likes of Get Physical, Monaberry, Dirtybird and Sol Selectas.

German Brigante is a talented DJ and producer from Spain whose eclectic sound has evolved throughout his career. His style ranges from tribal tech house to melodic house/techno plus everything in between.

Not only does he travel the world as a headline DJ, he has also produced tracks for labels that range from Claude VonStroke’s Dirtybird to Super Flu’s Monaberry.

Most recently, German Brigante dropped a new EP on the Sol Selectas record label, and we wanted to learn more about that EP plus some of his passions outside of music…

Hi German, it’s great to be speaking with you, could you start by telling me what part of the world you are currently living in, and what the local music scene is like at this time of year?

Hello everyone, I am from Malaga, which is a province in the south of Spain. I was born here, and I still live in the same area. The scene here is getting better every year, and the artists/parties are always improving.

I’m told you are a big sports fan, are you looking forward to the football world cup this summer, and apart from your home country, who do you think has the best chance of being in the final?

Yes, I like football, and also used to play when I weighed less than 20 kilos lol. I think Germany and France always have a good chance of being in the final, but my football idol is Leo Messi, so I’d also love to see Argentina do well, as that’s the country he is from.

What are some of the other sports you follow, and which are the main teams you support?

Well, I really like going to the gym to keep fit, but I also like watching basketball, tennis and soccer. My soccer team has always been FC Barcelona, and I’ve supported them since I was a kid. Los Angeles Lakers are my favourite basketball team, and Rafa Nadal is my favourite tennis player.

I understand that you are passionate about Moroccan culture, what is it about the country that you relate to the most?

The Folklore that their music has is very similar to ours here in Andalusia, as Flamenco is popular in both regions. On a whole, the way that the local musicians from both countries approach chords and melodies have a lot of similarities. Vocals are also sung in a similar style so there are a few things that unite us via music.

Talking of Morocco, I understand the country was a big influence behind your latest release on Sol Selectas, could you explain how you captured the Moroccan sound?

Me and my friend Yamil wanted to do something Moroccan, and he already had some good vocal samples for that part of the world. We also sampled the voice of the famous Moroccan musician Mehdi Nassouli and used that in our track ‘Kibo’. Those parts meant it was quick for us to start work, as he has already done a lot of the sample editing. We added some pads playing Arabic style chord progressions, and quickly we got the foundation for each of the tracks.

You mentioned that your Sol Selectas release is a collaboration with Yamil, how do you guys know each other, and how did you approach the production of the tracks… did you sit in the studio together or swap ideas via the internet?

I’ve been following Yamil for a while and playing a lot of his tracks in my DJ sets, as I really like his use of organic sounds and style of afro house. I contacted him to ask if he would like to make music with me, and I was very happy when he accepted. The ideas came together very quickly, and I don’t think I’ve ever made a collaborative EP so smoothly.

Flow is an Australia based publication, and I wanted to ask if are planning to visit this part of the world at any point, as I know you have played here in the past. Also, I wanted to find out what you thought of the Australian club scene?

I love to play there, I’ve been lucky enough to do four tours across Australia during my DJ career, and the fifth one is coming soon. I think there are some very good clubs, especially in Sydney and Melbourne. The scene always seems to have grown so much between each of my trips, and the crowds are always really responsive, which makes it a super fun place to play.

Please can you pick a melodic/organic house track that you always take to gigs so we can add it to the Flow Music playlist on Spotify?

There are so many tracks that have stuck with me over the years, but Namito’s ‘High Mountain’ is one from a couple of years ago that I still play regularly.

Thanks for taking the time to talk today, is there a message for fans or anything else you would like to add before we finish?

I want to thank my fans for the support they show me by listening to my music and congratulating me on my tracks. I also want to tell aspiring artists to keep chasing their dreams and not give up. No matter how many changes the music industry goes through, anything is possible for those who don’t give up.

Thanks for having me, and a big hug to everyone who reads this.

You can pick up a copy of German Brigante and Yamil’s new release on Sol Selectas from HERE. 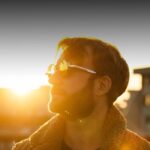 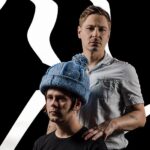