Owner of Snatch Records! and an accomplished DJ who has travelled the world as a headline act, Riva Starr is a veteran whose career spans over two decades. He is also an accomplished producer who has featured music on highly influential record labels ranging from Defected to DIRTYBIRD.

Riva Starr is an influential house producer and DJ who in his career has collaborated with people ranging from Fatboy Slim to Mark Broom and his most recent collaboration is with legendary house producer Todd Terry.

Hi Riva, thanks for talking with me today. Can you start by telling me what part of the world you are currently based in, and what the local music scene is like at the moment?

Hey! I’ve been based in London since 2007 🙂 Obviously the music scene here is always vibing!

You are a popular DJ who has a busy touring schedule, can you list some of your favourite travel destinations?

I like to find things that I like in every place I go but I have a soft spot for Japan and Chile. Of course Naples (my native city) has always had a special place in my heart too.

Ignoring the gigs themselves, what’s been your most memorable travelling experience, and what made that activity or location so special?

I spent a few weeks in China travelling around (including the Great Wall and some smaller places). The culture you breathe there is second to none.

Travelling the world to play gigs must also give you an opportunity to try lots of different local foods, what’s the country that you think has the best places to eat?

Again, Japan has a great tradition of restaurants and everytime I go there there is always something new popping up that is worth trying. Spain and of course, Italy never let you down.,. But, if you know the right people you can eat great food everywhere in the world.

Do you do much cooking when at home, and what’s your signature dish or favourite place to eat out in your local area?

I love cooking at home, it really relaxes me.. I’m very good at cooking fries… Jokes, I love cooking different types of pasta and vegetarian dishes. Napolitan peperonata is my favourite to cook.

Talking of cooking, I hear you have also been cooking up a storm in the studio with fellow house icon Todd Terry, out now via Jamie Jones’ Hot Creations, and I’d love to know about the concept behind the tracks?

We have been friends for a long time now (and we already did a collab under Soul Speech & Todd Terry with the track Feelin’ on my label Snatch! Records), but this time we started with the idea to relaunch that iconic synth riff from his Black Riot project… the rest is funk.

Is this your first time working with Hot Creations, and how did you first make contact with Jamie Jones?

This is actually my third release on the label 🙂 I just sent Jamie some tunes back then and he liked them so we started the connection.

Can you list a couple of melodic house tracks that you feel are timeless or inspiring?

I’ve always been a massive fan of Mr Fingers’ ‘Can You Feel It’ and Frankie Knuckles’ ‘Your Love’. Both are timeless classics!

Thanks for taking the time to talk with us today, is there a message for fans or anything you want to add before we finish?

This is the sound of House Music 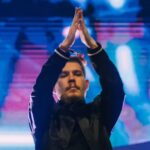 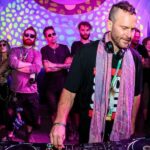