RADI MIRA I LUBVI is a record label dedicated to deep and atmospheric house and downtempo electronica.

The label’s new release is a 10-track compilation featuring a cross-section of artists such as established names like AZAMAT (pictured) who’s a downtempo live act and multi-talented musician and electronic music producer.

It also includes Anjunadeep artists Nikola Melnikov and Max Sorokin plus a number of up-and-coming talent orientated around the organic house genre.

Some of the artists are making their first ever release but others have featured on imprints such as Earthly Delights, Leveldva, Bar 25, Akbal Music and Souksonic.

Arsankhan debuts on RADI MIRA I LUBVI after releases on other imprints including Human Resources and Arcane Circle. His track “Nameless” has soothing ethereal vocals and an acid-tinged bassline as its defining elements.

AZAMAT has previously released on Gazgolderclub and his downtempo track “Thoughts” has psychedelic guitar chords and mystic vocals layered with stripped back percussion and pulsating rhythms.

Betelgeize and Yassen collaborate on their track “Agumava”. They have individually worked with imprints such as Leveldva and It’s Good To Be A Tree, but the bleeping melodies of this low slung cut is their first time working together.

Deek That are a duo known for their tracks on Bar 25 and The Magic Movement and “Kulturkreis” is a soothing deep house cut with cinematic strings and ceremonial vocals.

Krasa Rosa is a trio that has previously worked with the Melody of the Soul record label, and their track “Ya & Ty” is epic melodic house with uplifting energy and spine-tingling melodies.

Nikola Melnikov and Max Sorokin drop their track “South” that features the vocal talents of Yana Blinder. They are making their return to RADI MIRA I LUBVI with this stunning piano track after also featuring on Anjunadeep.

Samir Kuliev and Taleman feature their emotive deep house track “Call My Name” that has haunting vocals by Svetlove. The pair have previously collaborated on a release for the Chuvstvo Ritma Rec imprint.

Stan Tone and Dasha Zarya join RADI MIRA I LUBVI after previously working with the Souksonic record label. Their track “Unesi” is a majestic cut with twinkling melodies and chunky percussion sequenced into a chilled-out groove.

Valer den Bit is known for his music on the likes of Bar 25, Timeless Moment, Exotic Refreshment and Souksonic. His deep house track “You” is a blend of heart-warming vocals, string flutters and poignant melody.

You can pick up a copy of part one HERE, and part two HERE. 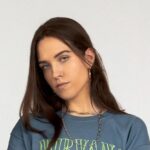 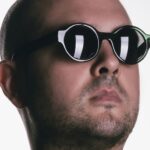