Serge Devant is an artist known for his stripped-back and percussive style with deep grooves and captivating atmosphere.

Based in America he has travelled the world as a DJ and regularly plays headline sets everywhere from Ibiza to Paris.

He is also an accomplished producer who features on record labels ranging from Hot Since 82’s Knee Deep In Sound to Yousef’s Circus Recordings.

Most recently he made a return to Damian Lazarus’ Crosstown Rebels with his three-track ‘Hush Hush EP’.

Hi Serge, could you start by letting us know what part of the world you are currently based in, and what is the local club scene is like at the moment?

“I’m based in Miami in the winter and Ibiza in the summer, the local club scene is very healthy in both as we all know, I don’t even think it needs much explaining 🙂 Space Miami is one of the best clubs in the world. And Ibiza has been the Mecca of clubbing for decades. It’s fun all year round basically! I can’t complain!”

I understand that you are a bit of a daredevil who enjoys things like snowboarding and skydiving, how often do you do those things, and do you have any memorable experiences you can share?

“I used to, I don’t snowboard or skydive anymore. I did that until I injured myself pretty badly in both so gave it up. No more craziness, for now, easy sports.”

Is it true you also enjoy playing ping pong, as that seems a polar opposite to the other sports you enjoy… what is it you enjoy most about ping pong, and do you play it competitively?

“Yeah, I do enjoy it and seems like it’s a common game amongst DJs, many of them play. So it’s fun. We organise a little tournament for DJs during Miami Music Week, it’s called Slice slice baby. Many DJs participate. It looks like I’m going to stick with this for a while instead of all the crazy sports where you can injure yourself!”

Your DJ career takes you all over the world, what are some of your favourite countries to visit, and have you ever played in Australia?

“Yes, it has been great being able to travel and see many places. My favourite region would have to be South East Asia. There’s nothing like it. Australia is not too far off, I was there in 2019. I really enjoyed my time there… I spent a month exploring and playing gigs. I even stopped by Tasmania for a few days. Africa is next on my list… I haven’t spent any time there yet.”

What do you do in your downtime between gigs, as I’m told you like to go out in nature, and also go scuba diving… I’d love to know some of the exotic fish you have seen?

“Yes, I really enjoy healthy breaks between touring and spending time in nature to recharge is ideal. Scuba diving has been a passion of mine for a few years.  I really love it down there. A whole other world, much bigger than ours. As far as the fish, I’m not really sure about exotic, but I’ve seen manta rays, sharks, murenas and so on… I haven’t seen a Loch Ness monster yet if that’s what you fishing for lol”

Can you tell me about your next EP on Crosstown Rebels, where did you make the tracks, and what’s the concept behind them?

“The EP features tracks from 3 different places as 3 tracks were put together from completely different times. “Flashback” is an old tune that I wrote with Forest (who I’ve worked with in the past). It was about 2015 when we did the tune but I never really shopped it around. I revisited the track and updated the percussion and baseline and now it’s really ready to see the light of day. “Hush Hush” was done during the pandemic and “Hot Circuit” is the freshest out of the bunch.”

How did you first make contact with Damian Lazarus who runs the imprint?

“A mutual friend introduced us back 2014 and  I  have been releasing on his label even since. It’s been a great home for my music so far.”

What other releases do you have coming up, and are you playing in Ibiza or at any festivals this summer?

“This is the only one I can talk about, but there’s a lot more on the table for 2022-23, a lot of exciting tunes.  A new track with Camille Safyia, some club tracks, couple of vocals. Yes, I will be in Ibiza, you can catch me at Paradise at Amnesia and Bedouin at Saga for a few dates.”

Thanks for taking the time to talk today, is there a message for fans or anything else you would like to add before we finish?

You can buy a copy of Serge Devant’s ‘Hush Hush EP’ on Crosstown Rebels HERE. 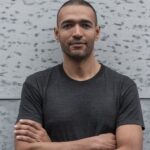 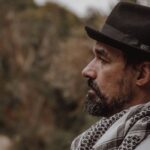