The nine-track compilation is a great mix of organic and downtempo music that are great for tranquil home listening, but also for the DJ sets of those who play this style.

None of the tracks on this release would sound out of place in the deeper DJ sets of people like Damian Lazarus, and those we are told are supporting the release range from Be Svendsen to Robbie Akbal.

Its most widespread appeal might be as a laid-back chill-out album, as although it’s definitely DJ friendly, the individual tracks flow together perfectly, and make for great home listening.

Zoe Reijue’s “Panther” is a nice opening to the release, as it has delicate melodies and soothing atmospherics layered over crisp percussion.

Because there as so many tracks, it’s easier to focus on the cuts that jump out, and Betelgeize’s “Snake Is Near” certainly has a distinctive sound. It’s hard to tell if it’s a synth or a recording of someone’s breathing, but it’s got a very interesting lead sound that really stands out.

The fifth track by Needze called “rEia” is a really interesting piece of music, its muffled textures and wash of effects gives it a hypnotic captivation with a strong psychedelic feeling.

Sergey Pushkin’s “Be Water” finishes off the compilation, and it’s the only track on the release with a clearly spoken vocal, and that makes it really stand out as an ending. Its inspirational vocal talks about being like water and implies how that will help with spiritual wellbeing.

Overall, a very interesting release, which has clearly been put together with some thought and attention to detail. 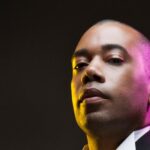 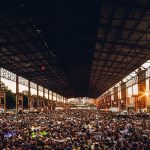