Nick Curly is a German DJ who has played many of the worlds best events and released tracks on high flying labels ranging from Crosstown Rebels to his own imprint Cécille.

As one of the worlds most in-demand club bookings, we asked Nick Curly which mix CD’s inspired him to become a DJ?

Nick Curly: There are many things which have inspired me to become a DJ, but since I started to play I found that I could not decide between drum n’ bass or house and techno at the time. I remember one mix that really inspired me at this time, it was ‘Closer To The Edit’ by Richie Hawtin back in 2001. Richie accomplished an insane masterpiece here if you ask me. He managed this after recording, sampling, sampling and cutting over 100 tracks down to their most basic components to edits and then put this into a 53-minute mix. It was hugely inspiring on so many levels to me.

For me the hardest part to get my head around was how he found the right place for each track and make it an edit that would make the mix sound seamless and like one long piece of music. Especially with so many different tracks, it’s a huge challenge which he well and truly accomplished. I do not know how many thousands of times I have played it, I think I probably burnt out one of my CD players back then.

I wanted to take this genuine inspiration and create something new or be a founder of something which provided me with the same passion and excitement. That was the first time I started to think about building my own platform, and a few years later I finally started 8Bit and Cécille Records. We have just bought Cécille back after a 6-year hiatus and We’ll be launching a special compilation in 2020, with only my own music and that on the label.

The next release on Nick Curly’s label Cécille is from Harry Romero, and you can pre-order a copy from HERE 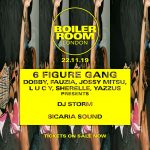 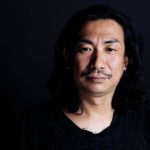