Bosnia’s Mladen Tomic has released his music on the who’s who of tech house and techno labels around the world. His powerful groove lead sound has won him many fans throughout the world, including the scene’s greats. We’re honoured to have him record our latest #essentialmix.

Where are you from and how long have you been producing and Djing?

Mladen Tomic: I’m from Bosnia and Herzegovina and I started DJ-ing in 1997/98, throughout my high school years. My first steps were playing music in the clubs, and a few years later I then started to promote and organize many events in my hometown, Banja Luka. In 2006, I started to produce music and my first release came out that same year.

How is the Bosnian Techno scene and where are the best clubs to play in your opinion?

Mladen Tomic: I will be brave and optimistic to say that Bosnia’s techno scene is now pretty good and growing. For the last 2 years, I’ve noticed many more young DJ’s on the scene and people who follow this type of music and many more people coming to the parties. Also there are a couple of new promoters, clubs and festivals all around the country. However, the problem is that there are not too many good clubs or event facilities for the parties, so the promoters always have a bit of a problem with that. In my opinion, the best places / clubs to play in are DKC Incel and Fabrique in Banja Luka, Club Palma in Tuzla, Tron in Novi Travnik, but also the Fresh Wave Festival in Banja Luka, at the beautiful old fortress Kastel, which is the best and biggest festival in Bosnia.

Where do your musical roots lay?

Mladen Tomic: In the period from the middle to late 90s, I was a teenager in high school, with dreams like any other young boy in that age. I started to become obsessed with music in general, not only electronic music and I’d spent a lot of time just listening to music, discovering and recording it from the radio with a tape recorder. It was not easy to find and buy music here, mostly because of the awful things that happened in my country in the 90s, which has affected all spheres in our lives. But, somehow I found a way and started a big collection of music on tapes and cassettes (not many Vinyls or Cd’s). I still have Prodigy’s first album and hard techno compilations such as Thunderdome and Terrordrome. Another big influence also came from the popular dance music scene of 90s. When I started to go out, I spent all night standing by the DJ booth and watching the DJ. It was really an obsession and I simply knew that I must try and must become a DJ. So I did it, and couple of Years later, I started to be obsessed with mixing on three decks (turntables). I spent hours and hours just playing music and practicing to reach perfection in my set. I remember how much Marco Carola’s and Umek’s way of mixing enchanted me.

Mladen Tomic: Music production came spontaneously, and after 6-7 years of DJ-ing I wanted to create and present my own sound and play my own tracks. I always say that DJ-ing is my first love, on the first place for me and music production takes second place. It was not so difficult, but also it wasn’t easy. I started with Cubase in 2006, bought basic equipment and started to learn and discover how to make and get my own sound, which later would become to be my personal signature. In the beginning I did everything by myself, but later on I started to share experiences and knowledge with my best friend Sinisa Tamamovic. Also my fiend Dejan Milicevic from Belgrade gave me some good advice and tricks about Cubase.

When you hit a creative block what helps you through it?

Mladen Tomic: Sometimes I make a track very fast; within the space of only one day and the next day I just do some sound checks and small modifications. I remember back in 2012/13 I could make one or two tracks in just one day. That was such a crazy time and I’d released a lot of big tracks in that period. But sometimes it is not like that. Sometimes I need a couple of days to get the sound which I want. It seems I have become much more critical of myself. The easiest thing for me is to get the groove and bass line and the most difficult part is to add some melodies or ‘moments’ to finalize and ‘feel’ the track, as well as to get the sound quality up to scratch. I work a lot and spend a lot of time in my studio, so sometime it is not possible to avoid creative blocks. If it happens, I just stop, turn off everything, go out and see friends, listen to different kinds of music or mixes, or go to a party and listen to other DJ’s, where I can maybe try to get inspiration from different aspects of life and music.

Your new release ‘Hot Moog EP’ is dropping on My Favourite Freaks,  tell us what to expect musically and how you went about writing the tracks?

Mladen Tomic: I’ve made these tracks in the autumn period of 2016 and winter 2017. It was a pretty crazy part of my life, a lot of great and exciting things happened, but also I had quite a lot of stress and it was a turbulent time. But I felt good of course, all these things are very positive and I am very happy because of that. It’s pretty hard to explain this EP musically, because it not typically techno or tech house which is popular nowadays. I had been working on small changes and refreshing my sound, discovering new sounds which ‘move’ me and make me more excited. There are three tracks on the EP, all pretty different from each other. ‘Hot Moog’ has a heavy techno kick, bass and groove, with short synth and female vocal moments going through it. ‘Miss You’ is more funky, with two bass lines following each other, one is static and the other changes frequencies and resonance all the time. There is male ‘miss you’ vocal on top and a strong break with a combination of snares and claps. ‘Digitalism’ is my favourite track on the EP. This is my typical sound, with a strong kick and bass, crazy groove and modulated synth melodies. I hope you will like it.

Are you a big Moog Fan? Tell us a bit about your studio set up?

Mladen Tomic: Yes, definitely, I like Moog. I work with VST Instruments and manage and control them with midi controllers. I used to work with Cubase, however recently I’ve switched to Ableton and I am now discovering new sounds and features. At the moment I have in my studio a RME Fireface UCX sound card, KRK monitors, Maschine MK2, Arturia Beatstep Sequencer and a Korg Microcontrol midi controller. I use many VST instruments to get my own sound such as Native, Spectrasonics, Arturia, Moog and many others.

You also run your own label with Sinisa Tamamović, how’s that going and who are your label core artists?

We have been running Night Light Records since 2008 as a vinyl only label, then after couple of years we switched to digital. The label is doing good, we released underground Techno sounds. We recently had release number 142 and we had artists such are Juan DDD, Celic, Gaga, Alberto Ruiz, D-Deck, Alex Costa, Alex Mine, Dani Sbert, Paride Saraceni, Grasso & Maxim and of course Sinisa Tamamovic and myself, and many other great artists.

Which other labels do you produce on and what releases have you got coming up in the near future?

Mladen Tomic: I’ve had a very successful releases on Sci+Tec, Suara, Terminal M, Octopus, Form, 100% Pure, Deeperfect, Definitive, 1605 and many other labels. Within the next couple of months an EP will be out on My Favourite Freaks, Night Light Records and a collaboration EP with Uto Karem on Unrillis. Also a few remixes will come out for Andres Campo on Florida Music and Kydus on Fusion Records.

You’ve had some massive supporters of your productions, including Dubfire, John Acquaviva, Monika Kruse, Umek, Adam Beyer and Richie Hawtin who is a massive fan, would you like to make collaboration with any of them?

Mladen Tomic: I’m also a big fan of all these artists and it’s an honour to get support from them. They are almost legends and maybe it’s not real to expect or think about a collaboration with them. But I’d like to do it with any of them if that would be possible.

Where else does your musical inspiration come from?

Mladen Tomic: In general my big influence and inspiration for my production and for my DJ sets comes from Marco Carola, Rino Cerrone, Paul Ritch, Carlo Lio, Dubfire, Adam Beyer, Monika Kruse and especially Richie Hawtin. I also get inspiration when I listen to different musical genres or DJ sets from other artists. Sometimes it is good enough for me to have a good gig or just go visit some concert or festival to recharge my energy and get some inspiration.

Mladen Tomic: Since I travel regularly over the weekends, I am trying to live a ‘normal life’ during the week days. I work in the studio from 10am to 5/6pm, and there I produce music or work on some other things related to the music business; it all depends on my creativity and inspiration. In the meantime, I take a break and meet friends for coffee or lunch. The afternoon is reserved for my family. I try to spend almost all my free time with them since I am usually not available during the weekends. I used to have a regular daily office job for about 13 years, but I finished with that 3 years ago, so everything became much better. I have much more time for work and can be focused on music 24 hours a day. In my free time, I like to make parties at home, go out, hang out with friends, go to restaurants and try good food. I like to cook, ride a bike, travel, but family takes first place. 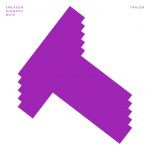 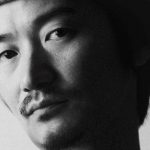