Mathias Schaffhäuser is a German artist from Cologne who is known for his experimental style of minimal and deep tech.

His latest release is on Canadian record label Suleiman and along with the two originals, it also includes a remix by Dub Taylor.

A veteran producer who has been making music since the ‘90s, Mathias Schaffhäuser’s back catalogue includes releases on record labels including Kompakt, Souvenir Music and Third Ear Recordings.

Dub Taylor is a Berlin-based talent who is well-respected within the deep tech scene for his classics on the likes of Morris Audio, plus recent output on his own imprint Forms & Figures.

“Collapsing Collabs” is the first track on the EP and it’s got a slow-burning groove with a pulsating lead synth at its core. The addition of different percussion sounds switches up the groove with injections of energy and there is a burbling synth introduced halfway through which lifts the mood of this warm and analogue track.

Second on the release is Dub Taylor’s remix of Collapsing Collabs and it’s a stylish rework that uses murky vocals and dubby synths to create extra depth while still ensuring a dance floor focus with the percussion. It’s a streamlined version that has a lot of character and a trippy vibe that has a nice lift after the first break.

“Magnificent Madness” is the second of the two originals and we had to admit that it’s a bit of an odd one that takes a couple of listens to get your head around. Out of context, it sounds a little bit raw with its experimental choice of sounds, but it definitely has the potential to switch up the vibe of a DJ set as it’s got a very unusual style that timed perfectly, could send a dance floor into a frenzy.

You can buy a copy of the release HERE. 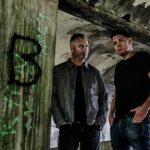 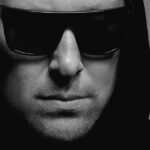