Julien Earle is back on his label r3flection with a new peak time techno release called ‘Daydream’.

The original track titled “Daydream” is a pounding cut that is true to the style he has featured on other labels including UMEK’s 1605, Spektre’s Respekt and Pleasurekraft’s Kraftek.

The original has a distinctive vocal and a tantalising breakdown with a haunting synth loop and a lurching bassline that grows with intensity. Driven by the thump of the kick drum and rattle of the hi-hats it’s a vigorous track with lots of energy.

Although the original is a fast and furious pounder, the remix by UNFORG1VEN takes things to a whole new level with its brutal percussion and raw energy that’s pushing 140 BPM. His dark and explosive rework utilises the original’s bassline and melody while framing them in a new percussive groove with added aggression.

UNFORG1VEN has released on labels such as Dolma Records, Ushuaia Music and Eclipse Recordings as he takes no prisoners with the dance floor devastation of his remix.

Support for the release comes from the likes of Pappenheimer, Cristian Varela, Mark Sherry and Spektre adding another seal of quality to these devilish productions. 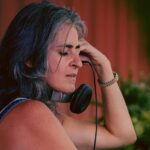 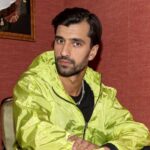