Münster is a German city where it’s not unusual for there to be demonstrations, but there is one on April 10th that’s linked to the club and event industry.

The demonstration plans to draw attention to problematic situations caused by the pandemic, as the nightlife and live music industries have been hit hard economically.

Using the slogan, #dontforgetus, the demonstration wants to raise awareness of the struggles the industry has faced, and put pressure on the German government to offer more support.

Accompanying the demonstration is a truck fitted with a PA Soundsystem and a three-hour music program.

Lake Aasee in Münster is the location planned for the demonstration, and a police spokeswoman has confirmed it’s been officially registered. It’s still being investigated how much of what’s planned by organizer Arnoldas Praudzinskas can legally go ahead.

In a statement, Arnoldas Praudzinskas said: “We want to remember the scene and demand equality. We are not against anything; we know that there is nothing you can do at the moment. But we are here and we wait until it works again.”

The organiser said this is “definitely not supposed to be a rave party,” but did say the plan is to use the full volume on the sound truck’s PA. The loud music is intended to be a reminder of the pressures clubs and musical events are currently going through, as for many it’s become a thing of memory after so long away from a dancefloor.

Arnoldas Praudzinskas continued to say: “We actually wanted to register the whole thing as a normal event, but that is not possible. It won’t be like a normal music event.”

There will be 50 stewards at the demonstration ensuring that social distancing rules are adhered to and that masks are worn according to health and safety rules. 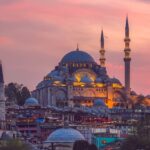 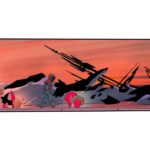