El Mundo & Zazou are known for their tracks on Kindisch and Do Not Sit, and their next release is a remix on Flow Music.

El Mundo & Zazou are a pair of talented organic house artists who feature a remix on the forthcoming new release on Flow Music’s record label.

Recently they performed a live set on a Berlin rooftop that was broadcast by the House Music With Love publication and that set features their fantastic new remix of ‘Que Sera’ by Josh Richards.

We will be posting more about Josh Richards when his new release drops on the 9th of October, but we wanted to share the El Mundo & Zazou live set so people could get a sneak peak of their remix.

Dropping at around 1:03, it’s an impressive rework that captures the mood of the original with cinematic vocals and an epic bassline that’s lifted by soaring pads.

We will be announcing more about this release when it drops this Friday, but in the meantime we hope you enjoy this fantastic live set by El Mundo & Zazou.

You can pre-order their Flow Music remix HERE. 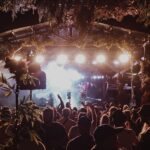 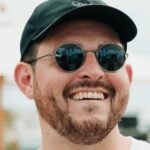