Strawberry Fields marks the beginning of Australia’s Spring season with a soul-warming event that helps shake off those winter cobwebs.

The festival had already released an impressive line-up including the likes of Moodymann, Roy Rosenfeld, Omar S and Kiasmos.

Adding to the line-up are another 30 artists including London’s soulful house DJ Shy One, jazz aficionados Claps and kings of b2b2b Sky High Trio. There are also a series of stage takeovers adding to the already jam-packed line-up.

Deep Jungle will take over the exciting new riverside location and consists of an old school bus converted into a multi-level neon rave paradise.

If it wasn’t lush enough already, Strawberry’s signature Bush Spa will expand to cater to more patrons with new mineral baths, a Turkish “hammam” steam room, herbal acupuncture and ice bath workshops. A luxurious bedouin lounge – The Mirage Motel – will host nightly Moroccan tea service as well as a series of secret pop up jam sessions from some of the festival line-up.

October will also see the introduction of new lifestyle and wellness hub The Village including two new feature structures – The Shala (a dedicated space for yoga, movement & craft workshops) and The Pavilion (a natural amphitheatre hosting speakers, panel talks and performance).

After revealing an 81% reduction in waste at the most recent Mar/Apr shows, the festival has also reaffirmed its commitment to sustainability with multiple initiatives including a Permaculture Course where patrons will help design and construct bushfood gardens on site. Fully powered by biodiesel, the October show will also feature 100% composting toilets, 100% carbon offset of all transport and an impressive reusable crockery system that has avoided over 100,000 single use items going to landfill since 2019.

Strawberry Fields continues to provide a valuable injection of cash and culture into regional economies. Over $35,000 in grants have recently been awarded to local community groups including the Tocumwal RFS, Barooga Public School, Berrigan CWA and more. The festival has also shared an independent economic impact assessment of the most recent Mar/Apr events showing a contribution of $3.3m to the Berrigan Shire economy and $6.7m in the greater Border region.

You can buy tickets HERE 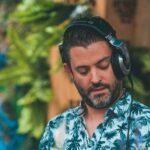 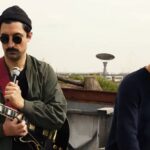