US Congress has launched a probe into Spotify’s Discovery Mode program.

On Wednesday the 2nd of June, members of the House Judiciary Committee sent a letter to Spotify’s founder and CEO Daniel Ek. They requested more information about the new Discovery Mode feature, as they are concerned that the program will bring about what they describe as a “race to the bottom, forcing artists and labels to accept lower royalties in an increasingly competitive market.”

At a time when the global pandemic has devastated incomes for musicians and other performers, without a clear path back to pre-pandemic levels, any plan that could ultimately lead to further cuts in pay for working artists and potentially less consumer choice raises significant policy issues,” the letter read.

“This is particularly true under Spotify’s current model, where artists’ returns are already low, with Spotify reporting to pay artists less than a cent per song streamed (estimated in the $.003 to $.005 range) and Spotify has challenged an administrative ruling setting a higher royalty rate for songwriters.

“Discovery Mode was announced in November last year. The pilot program is limited to Spotify’s Radio and Autoplay features and prioritizes songs selected by artists and labels who, in exchange for more exposure, agree to a lower royalty rate. The streaming service said the feature was designed to help artists “connect with new listeners.”

“We believe our recommendations should also be informed by artists—their priorities and what they have to say about their music,” Spotify said at the time of the pilot’s launch. “In this new experiment, artists and labels can identify music that’s a priority for them, and our system will add that signal to the algorithm that determines personalized listening sessions.”

The Union Of Musicians, have already launched their Justice At Spotify campaign and in March 2021 organised a worldwide day of action. They welcomed the news saying: “UMAW urges Spotify to comply with the oversight letter and explain their unfair payment practices. The group also continues to call on the company to end their payola practices, pay artists at least 1 cent per stream, increase transparency of the company’s business practices, abandon surveillance technology such as the speech recognition patent, and halt lawsuits against artists.” 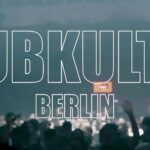 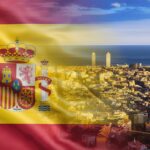