In the run-up to Australia’s government election on Saturday the 21st of May, we caught up with Mandy Nolan who is the Green’s Party candidate for Richmond.

Mandy took the time to answer some questions about both her campaign and the wider Australian Greens policy. She is a long time local of the Northern Rivers of NSW and has been an outspoken member of the community for years.

Having read her manifesto we wanted to inform our national Australian audience so that they are best prepared for the elections coming up this weekend.

Some feel this is the most important Australian election in history, as climate change is at a crucial point where if we don’t act now, then it could be too late.

The politicians we elect will make decisions that could determine whether we can turn back the tide of climate change. It has been scientifically proven that if action is not taken immediately that the ravages of climate change may be irreversible.

Culture and creativity are also things that are affected by government policies, and Mandy Nolan also explains where the Green Party stands on such issues…

How will the Greens party address climate change locally and also nationally?

Climate change is the defining issue of our time, and our region is at the forefront of it. Richmond has been declared second on the Climate Council list of electorates most likely to be impacted by climate change. The IPCC report categorically states that should have no new coal and gas mines. Yet, Labor and The Coalition want more, with 114 new mines in the pipeline. They are the climate criminals of the future. The Greens are the only party with a plan to phase out thermal coal exports by 2030. We also have factored in a just transition for those working in coal and gas mining to renewable industries. Liberal and Labor are letting them down by not starting the transition so they can rake the last billions in profit.  The obvious truth is that you don’t have a climate plan without a plan to bring in a moratorium on new coal and gas. With the Greens in the balance of power, we can push Labor to put this country onto the path of zero emissions in the next decade.

Can you tell us more about the new policy that was announced last weekend regarding a stimulus package for the Arts that the Greens have proposed if they get into power? I understand the Greens propose an Artists Wage.  Does this include musicians? How would it be implemented? Would this policy help local artists in Byron pay for studio and performance spaces?

As a creative, I’m passionate about advancing how artists get treated by the government. So I developed an artists’ funding pilot program called The Artists Wage with Greens NSW Senate Candidate David Shoebridge and Australian Arts Spokesperson Sarah Hanson-Young in consultation with artists across Australia.  The policy initiative calls for 10,000 established or emerging artists and arts workers to be paid $772.60 per week for one year so they can continue creating.  We want to give artists a living wage to bring stability to a sector that the Morrison Government has left behind. France and Ireland are both running programs like this, I reckon we should do the same.

What is the Greens’ policy on drug law reform? I understand the Greens support the legalising of Cannabis as well as de-scheduling some drugs and plant medicine such as Mushrooms, MDMA and Ketamine for medicinal use? Tell us a little about this…

The war on drugs has been a colossal failure. With the move away from prohibition and treating drugs as a criminal issue, it’s time to move to a health-based, harm-reduction approach.  The Greens want cannabis legalised for adult use across Australia. Legalisation will be a major step forward for drug law reform. We plan to establish an Australian Cannabis Agency to issue licenses for growers and retailers and act as the single wholesaler. We also believe Australia should join other countries and reduce the risk by establishing pill testing facilities. We know pill testing saves lives and helps people make informed choices, and almost 3 in 5 Australians support it. Our plan will see pill testing set up at festivals and establish 14 health centres in capital cities and regional areas.

What are your views on the RDT’s which target unfairly Cannabis users because of how long Cannabis can stay in your system?

We need to change the laws. Medical cannabis works for many people with fewer side effects than many pharmaceuticals. The barriers to people receiving effective medication are the out of step drug driving laws and the fact that Medical cannabis isn’t on the PBS. Prescribed use doubled during covid – regardless of it being an expensive medication – people are seeking it out – because it works.’

Over the Covid years, we have seen a dramatic push for greater powers for police to interfere with citizens” data if they are believed to be criminals.  Due to new anti protesting legislation, it could include peaceful protestors. I am talking about the: The Surveillance Legislation Amendment (Identify and Disrupt) Bill 2020 which introduces three new powers for the Australian Federal Police (AFP) and Australian Criminal Intelligence Commission to modify and delete data to frustrate offending, collect intelligence on criminal networks, and take control of alleged offenders’ online accounts. What is the Green Party’s stance on this?

The Greens have put forward amendments to balance these powers with a robust human rights framework that would protect innocent people from the abuse of powers contained in this bill, but the major parties outvoted us.

Locally here in the Northern Rivers, we have seen the affordability of rental properties skyrocket to the extent that long term locals are being driven out of the area. So I understand that affordable housing is an important issue for you, what’s the plan to tackle this issue?

I’m passionate about affordable housing, as I believe housing is a human right. But unfortunately, the floods have supercharged the housing crisis. I hear from community members living in tents or camping in their flood ruined homes. I know families who sent their children to relatives and friends.

However,  I have written and advocated for people facing insecure housing for over ten years. If the incumbent MP hasn’t done anything about it in her 18-year tenure, why do you think she’s suddenly going to do anything about it now? With negative gearing and tax incentives rewarding the use of properties as an investment rather than homes, it’s no wonder we’ve lost control of our housing market.

The Australian Greens research found that 89 out of towners owned 889 houses around the region. Wealthy investors from out of town are driving up the property prices and pushing out locals to maximise the cash from holiday rentals, but they are also getting millions from the taxpayer to do it. We need short term holiday lets to be returned to the long term rental market to provide homes now. The Greens aim to scrap the public handouts to property moguls, make housing affordable, and give renters more rights. I have met with shire Mayors in Richmond to discuss the most appropriate location for 6000 social and affordable housing builds across the region.

Thanks so much for your time Mandy, we here at Flow Music are certainly voting Green in this critical election, we wish you the best of luck on Saturday! Vote for Mandy cause she’s one of us! Flow Family, Vote 1 The Greens this Saturday! 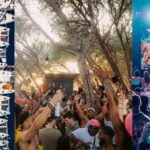 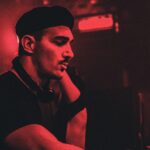