Animalia is a record label that showcases “the lesser-known producers of Melbourne.”

Animalia is a deep and techy label based in Melbourne, Australia that releases analogue-sounding tracks that range from lo-fi house to deep techno. They often have acid synth lines, atmospheric pads and breakbeat percussion that is sequenced into techy rhythms.

Well-established in Australia and respected globally, the imprint recently announced the launch of a new sub-label called, Cirrus.

Cirrus is an atmospheric and ambient offshoot that showcases music which isn’t necessarily focused at the dance floor and the first release comes from Australian artist The Soulscaper.

The Soulscaper’s four-track ‘Inside Voices’ EP is out on the 20th of January and it features four modular tracks with sparse percussion, ethereal sound design and jazzy improvisation. It’s a downtempo release with otherworldly sound design that transcends dimensions.

You can pre-order the release HERE. 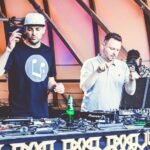 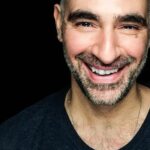