A recent news report from the Los Angeles Times has revealed that one of the musicians who was sampled in Daft Punk’s hit single ‘One More Time’ has never received any royalties.

Eddie Johns ‘More Spell On You’ was recorded in Paris and released in 1979 as the title track on his album. Despite a sample of his horn section being used in the track, he is not listed as a writer on ‘One More Time’.

Now an elderly gentleman, Eddie Johns has tragically suffered a stroke and as a result is unable to work, which has had a knock-on effect of him struggling to maintain a place of permanent residence.

Giving an interview to the Los Angeles Times, Eddie Johns’ case manager, Alyssa Cash said: “I help Eddie use the computer sometimes, and he showed me some of his music.

“He showed me his album cover, and when I found this video talking about how it was sampled by Daft Punk, it was like a lightbulb went off. ‘That’s Eddie, this is his song’.”

The rights to the recording of More Spell On You were acquired by a publishing company called GM Musipro, which is an organisation that reissues vintage French rock and pop tracks.

Daft Punk said they pay royalties twice a year to GM Musipro and have done so since ‘One More Time’ was first released in 2000. This has since been confirmed by GM Musipro founder Georges Mary.

Georges Mary told the Los Angeles Times: “We have not heard from [Johns] since the day we acquired in 1995 a catalogue from another label that featured this title. We have tried to do research on him, but without any result.

“For our part, we are going to study his file and do the accounts to his credit. We will get back to him immediately on this subject, at the same time as we will inform him of his rights.

“We ask you in the meantime to convey our sympathy to him.”

In the same Los Angeles Times interview, Johns said: “I just hope I can get some credit, you know? I’d like to have something to give to my daughter.” 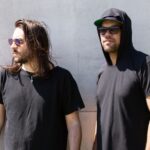 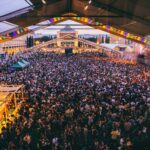