Timo Maas shows off his calibre as one of the greats with this exclusive mix for Flow Sessions.

Timo Maas is a German maestro, and iconic veteran of the House and Techno scene who has been prevalent since his 90’s remix of Azido Da Bass’s Dooms Night dominated sales charts both underground and mainstream.

DJing all over the world, he has headlined club events and played many a festival main stage in addition to working with some of electronic music’s biggest labels such as Mobilee Records, Senso Sounds, Bedrock and Cocoon Recordings.

In addition to many successful releases and DJ gigs, he has also compiled top-selling CD compilations for brands such as Balance and Perfecto.

Known for having a timeless style that has transcended generations, Timo Maas’ new release recently dropped on Stripped Down Records, and it’s a rerelease of a track called “Utopie” that he released in the summer of 2020. Although the original mix of Utopie is a rerelease, the package also includes new remix versions by Murat Uncuoglu, Claudio Ricci, Aenon, and a collaborative rework by Secret Factory, SouveQ.

Excited by the new version of “Utopie” we invited Timo Maas to record a mix for us, and he has delivered us a fantastic two hour long set. Transitioning from dark and stripped back minimal, to groovy house, it then ramps up the energy for an explosive techno finish.

Drawing on over two decades of experience, this mix shows us the mastery of a talented artist whose eclectic style has been honed to perfection.

You can pre-order his new release from HERE 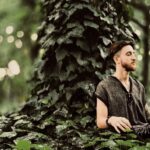 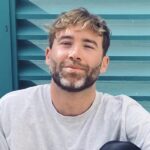