Taking place on the 8th of July and 30th of September, the star-studded, multi-room parties are set to feature some of the biggest and most revered names in dance music. The first party includes Detroit techno OGs Octave One (performing live), fast-rising Irish talent Sally C, Tommy Holohan and Hammer, riotous Aussie party-started Partiboi69 and Scottish selector Eclair Fifi. September’s date sees Steel City Dance Discs take over the club room with the full lineup to be announced.

Starting out as a pioneer of dubstep in the early 2000s, Skream has since become one of the most respected and versatile names in the world of dance music, headlining festivals worldwide, producing #1 records and releasing underground classics.

The Skreamizm parties at Amnesia are the latest additions to European wide Skreamizm takeovers featuring guests in a number of genres from house, techno, disco, dubstep, UK garage and all forms of bass. Using the Skream name to give the next generation the spotlight as well as be able to roll with whoever he feels like!

One of the biggest names in UK dance music history marks his triumphant return to the White Isle. 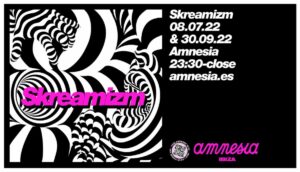 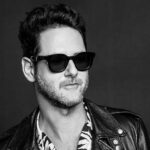 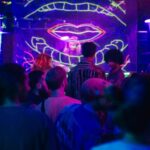