Ramon Tapia is a humble man enjoying his dream job. Here he shares some important tips for producers looking to showcase their creativity. Your artist name is a brand and with that comes a reputation. So use it wisely.

You have had a great start to 2017, with releases on Bedrock, Gem and also making your debut on Knee Deep In Sound. What have been your highlights?

Ramon Tapia: Well I guess you named all of the release highlights for me, but Knee Deep In Sound will be a number one of those three, it’s been a label I have loved for a long time, and this was my debut, so it was a special achievement. It was actually a great start after my winter studio break, but I’m proud of all three releases of course. My next release is on my own label Say What? – I was kinda lucky to get the track selected for the Resistance Ibiza promo last month, which I was really happy about, as its good for the label and to help it grow. Mixmag Germany covered a feature on me in print, which has always been on the bucket list for media! So I guess you never know what will happen next in this business.

We hear that you sisters were the first people who got you into dance music, after bringing home music from club nights. What was one of the first tracks you heard and thought – “wow”?

Ramon Tapia: That would have to be The Hypnotist “The House Is Mine”. It was insane how that track drops after the piano riff. It really blew me away and it still does today. It’s now about 25 years old, which is crazy to think, but yet it still sounds fresh and remains relevant. That’s what a timeless track can do, and I actually still spin it now and then. I’d go as far to say “Hypnotist for President…”

You produce tech-house and techno, who/what were your early inspirations and influences?  Have these changed over time as the industry has constantly evolved?

Ramon Tapia: I had so many inspirations from the early NRK days to Sneak, but also Steve Stoll, Aril Brika, UR Resistance and so many more. I am still all over the place when it comes to influences, and I am happy about that. It keeps things fresh in my head. Yeah they have changed over time, but the evolution can’t be stopped and you will always flow with it. Becoming older also gives you a different perspective and so your music matures which is a great asset, because when you look back you can see your evolution over time.

Your release on Bedrock was as AMARI, can you tell us more about this new moniker? Why did you feel it was time to start a new persona alongside Ramon Tapia?

Ramon Tapia: I have always been a producer that loves to take a little from different styles, but I really had the feeling it was time to still keep Ramon Tapia the “Tapia” trademark sound (groovy tech – house with sometimes a tendency to go techno-ish) but at the same time create another moniker where I can produce a deeper and sometimes melodic type of music. When I sent the track to John Digweed he fell in love with it and asked if he could sign it as the first release under Amari, so it went straight onto Bedrock, which of course, the best thing that could have wished for!

Do you think having multiple monikers enables artists to progress and move in new directions to which they may not have been able to before? If so, how and why?

Ramon Tapia: Yes, because it takes a lot of press away. The pressure only comes from yourself, so with other monikers you can just experiment all you want. It’s good to focus a new moniker in one field of the musical spectrum, whatever style it may be. For me, it just feels good, and god knows maybe I’ll have another moniker in the future, but for now, I’ll be sticking with Ramon Tapia and Amari, as it’s keeping me busier than ever!

How did your relationship with Knee Deep In Sound and Hot Since 82 come around this year? Have they always been a label you aspire to release on? Can we expect more from you later this year with them?

Ramon Tapia: It was kind of organic in many ways, I sent Daly a couple of tracks and a few nights later I was out with some friends and got a text from him saying “Dude, this is a killer, I just played it out at Pacha in Ibiza and I want it” and that was that! It was signed to KDIS. I have been playing a lot of the labels tracks before and thought that this one would fit well on the label. Thank god – I wasn’t wrong! There will be something with Tripmastaz on Knee Deep coming soon and I am sure that a new EP is also on the way. So stay tuned…

We saw your first collaboration with Rik Watts on Gem Records earlier this year with Snuss – and you are about to release your next one on your own label Say What? Recordings – do you enjoy collab projects and how do you know one another?

Ramon Tapia: I really do love collaborations, as it brings out the best in you, especially when you are together in the studio. You have two minds to think about a problem and come up with creative ideas which flow together. That said, I know many collaborations don’t always flow like this and don’t always get finished because artists can have too many views which just don’t gel. But it’s all part of the process I guess. If it vibes, it vibes! I actually met Rik at a party I was playing in Rotterdam, he was doing artist liason as far as I know but we got on really well and stayed in touch, eventually we started on the collab and Snuss was born which we signed to Gem.

What are your plans for Say What? Recordings this year? Do you intend to release a lot of your own material?

Ramon Tapia: No, as I still want to give new artists and upcoming talents a chance to get their releases into a label and to be seen. Of course releasing good music, or what I think is good music and would play myself is important. That’s not to say I won’t be releasing on the label myself this year, but I think giving other artists the opportunity is really important, especially as there are so many amazing producers, who just need the right platform and guidance.

We hear you are off on a tour of Australia in June, have you been before? What’s your plans for the summer and where can we see you play?

Ramon Tapia: No, this is my first ever time to Australia and I am really keen to get over there. I have some shows in Australia as well as New Zealand, so it’s going to be a whole new experience for me. I have heard lots about the scene there which is really starting to grow, so I’m excited to check it out myself. God I love my job!

This summer is going to be busy; with festivals Belgium and Holland, and I’ll also be going to Croatia, Ibiza, Switzerland and France. After summer I hope to be starting a US Tour also. 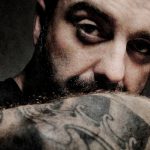 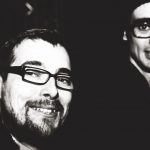