Martin Eyerer has been in the dance music business for 30 years. We sat down for a chat Kling Klong’s co-founder to learn more about him.

Hi Martin, thanks for joining us.  How long have you been producing and Djing?

Martin Eyerer: Should I really say that :)? I started playing in 1986 when I was 16. I got into electronic music when the big acid house movement started and never left it since then. The first years I worked in clubs with mixed music and it was hard to fight always with the owners trying to convince them that electronic music was the new thing.

1990 I started to sit with friends who were into producing, trying to give input from a sight of a dj. Those days there were the guys deejaying and the guys doing productions – never in one person. Finally my first record came out in 1992 on Voodoo Records – a pretty good label back in those days.

My first completely alone written record came out in 1998.

Martin Eyerer: There was this hype coming from London. We heard about a completely new move and crazy parties called acid house. It made me instantly curious and started to buy the vinyls. We also promoted our own acid parties.

The final kick off for my love to electronic music was in 1989 after I had my first trip to Ibiza. Returning from this one I cancelled my main jobs in clubs with mixed music and decided to focus on electronic.

Martin Eyerer: In 1986 in a dancing school in Stuttgart area. The promoted every Saturday this big party for kids between 16 years age and 20. There were around 500 people and I was actually the light guy. The dj didn’t show up last second and since I was practicing to spin and beatmatch the whole year before – it was my time.

Martin Eyerer: Since I was a couch producer many years before and started to learn by sitting next to engineers it wasn’t that hard. I was lucky to have guys to ask anything I needed. I already was a co-owner of a studio and had access to practice any time.

Though whern I decided to get into it by myself I spent a lot of time into it. I took classes and read books and tutorials since I wanted to know all the details.

Martin Eyerer: The latest one is a collaboration with Markus Homm who is a close friend of mine. We did a few tracks in the past already on Saved rec, get physical and Leena. This one is a nice follow up on the Leena Release and we´re happy to be on board again with them. The. Ep. Is called The Beach contains two tracks – the beach and get freaky.

Another track is coming out on Kling Klong – my own label – which is a collab again. I have a few friends I work since years together and besides of Markus Homm is Patrick Chardronnet one of them. This release called Spank will come out next month.

In autumn I have a Bedrock coming and one on Rejected.

Where are you based and how often are you playing?

Martin Eyerer: I’m based in Berlin – THE electronic capital of the world where literally 24h per day something happening. I don’t know any city on the globe where you pass by Tuesday morning a club and there is still a cue outside haha 🙂

I am playing frequently here at Watergate and Sisyphos which are two of my favourite clubs at all.

Then we have the Kling Klong artists as well: Christian Hornbostel, AFFKT, Christian Nielsen,Matt Tanner, CJ Jeff and Stefano Noferini and Ackermann.

I like a lot the new Album from Rodriguez JR on Mobilee as well!

Martin Eyerer: It’s the labels I work with since a while:

Martin Eyerer: I used to play Traktor for many years but got tired of having a laptop on stage with all the cables and plugging. Since 6 months I am using the Pioneer setup with CDJs and their Mixer. I always have two additional external effects with me: Strymon Bluesky and El Capistan. It’s definitely cool to have some extra device with you making your performance a bit different.

Martin Eyerer: Maybe being able to live from Music since 30 years but definitely to build up Riverside Studios in Berlin with my two partners

Martin Eyerer: Quality releases I hope! This month I will play a few nice gigs I am looking forward to: The Feel festival which is an outstanding venue in the renown nature of Spreewald area and with 30k people a nice event.

We have also our own boat at beats and boat festival and finally a new festival in the mountains of Austria together with Pan-Pot. 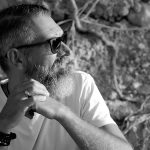 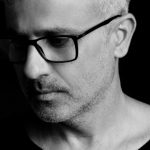