Hyenah is a talented electronic music DJ and producer who is well-known for the music he has released on record labels such as Watergate, Freerange and Bedrock.

He is a masked performer whose distinctive costume is an integral part of his performances, and he has travelled the world to DJ at prestigious clubs and festivals.

Known best for his deep and organic take on electronic music, he has a melodic style that orientates around Afro house.

Most recently he dropped a new album on his own record label ‘Rise’ which is an 11-track release featuring collaborations and contributions from numerous other artists.

Excited to learn more about the album, plus some of Hyenah’s passions outside of music, we decided to invite him for this interview…

Hi Hyenah, can you start by letting us know what part of the world you are currently living in, and what the local music scene is like this time of year?

I am in a constant state of flow here, roaming different territories as we speak. There is SO much good music out there these days, just catching up almost seems impossible. What I would call my local scene and home at the same time is the RISE collective, who have been throwing Afro House parties over the last 7 years at Berlin’s Watergate club. Don’t miss out on one of our joyful get-togethers in case you are in town. It really has a vibe!

You are well known for your rather unique performance costume; I’d love to know what inspired the design and decision to wear a mask?

Thank you for asking that. Yes, I do wear a mask. Masks are a powerful thing, you know? Initially, I was a bit tired of all that fuss about DJs in general. It sometimes feels that it is more about the person than the music…  Don’t get me wrong: I do enjoy feeling loved and appreciated for what I do. It is the best feeling in the world to receive this incredible amount of deep appreciation.
I still feel that this love belongs just as much to the people coming together, the people on the dance floor. Those are the ones my mask is reflecting. That’s why there is a mirror. On top of that, I wanted to create something that is an artist persona that everyone with the same passion for music could possibly become. No matter if old, young, male, female, black or white. I tried to create something that is bigger than me and might live on longer than me. The limitations that mask is giving me, is freedom at the same time. There are many things I could do with it. Like I said before: it is a magical thing. Conceptually and also for me as a person. It allows me to be someone else and other people to become me at the same time. It is bigger than myself. Isn’t that amazing?

About my costume: I just decided that it is time for a new look. While touring, I see so many styles, patterns and fabrics that I’m in awe of.  All over the world, there are traditions and innovations that tell their very own story. I wanted to create something new out of different influences that are hard to pin down in retrospect. So, I cooperated with an Indonesian designer called Don Aretino and his Chinese creative team. It is inspired by the Luna Simics artwork for my album. She is from Croatia. Don Aretino again loves Japanese cuts and light fabrics (very important!!!). So, you see, it is a global thing.

I’d love to know which countries you have a strong connection with, and what it is about those cultures you find so appealing?

Like I said, I feel like a connector and messenger. I want to help build bridges and bring people together. Mainly between the African music scene and the western world. But I also have strong connections with Turkey and Mexico. I feel home and confident at places that appreciate that soulful and free spirited groove of Afro House. I like places that provide a certain warmth. This warmth is obvious at beaches, but can also appear in big city underground clubs at wintertime. It is all about this feeling of coming together and appreciating life!

What parts of the world have you yet to explore and are there any exotic locations you would love to play a DJ set?

Ohh! There are so many places I have not seen yet. The world is huge and a beautiful place and there are lovely people all over the world. No matter what color or religion. In the end, everybody wants to enjoy life everywhere on this planet. People are much more similar than many would imagine. Since you are asking where I haven’t been much yet: South America outside Brazil is still new for the Hyenah, I’d love to explore their music scenes and culture more. And Australia has not yet been on my schedule.

Talking of your career as a DJ, how is your summer shaping up, are you playing any festivals or other large shows?

The calendar is filling up quickly. I will mainly be around Southern Europe, Turkey, the Greek Islands, Croatia, but also in the USA and late summer in Asia. Fusion Festival in Germany… I will post it all on my socials …

I’m told that you are soon to drop a debut album, could you tell us more about this release and its concept?

Yes! It is called “Love In Times Of Crisis”. It features many collaborations with artists I love and respect. Old partners and new friends. Pablo Fierro, Lazarusman, Floyd Lavine, Bajka, eLBee Bad (RIP), Remarkable… Patricia Baloge, Demetrius, Ernesto and the Basement Choir, G-Wash10, Nanghiti… Every track has its own, unique story. Some are political (Africa Elektra, You Can’t Hide, Manifesto), some are personal (Life’s Plan), some sensual (Moood) or full of love (Your Love) … All of them are quite different and about the chemistry between us. In times of crisis and in everyday life…

How long did it take to make the album, and how did you find the process in comparison to making an EP?

It took me about 2 years. Even though some songs have been around for even longer. I wanted to step out of my comfort zone of making straight club tunes – like on most EPs and create something new. Songs. Different aesthetics. The pandemic made me conceptually free, but also limited my ability to feel the floor. Talking about the dance floor: There will be remixes…

Who else features on the album, and why did you choose those people to work with?

Most of the partners on the album are vocalists (besides G-Washington and Pablo Fierro). For me, vocalists do not need to have a perfect voice. They mainly need character and an attitude that you can feel in their voices. That’s how and why I chose them (and they chose me). The voice needs to become one with the feel of the song and vice versa. That was the idea basically…

I understand the album is coming out on your own label RISE, what other releases can we expect from you or the imprint over the coming months?

Thanks for asking! At first, RISE was a members-only club. Now we are opening up more and want to release music and artists that share a spirit with us. That longing to cross over and build bridges. There is actually quite a bit lined up for RISE: Cincity is doing an EP, we are working on EPs by friends from South Africa that we want to showcase and there will be remixes for the album. Ameme also wants to deliver another EP.

Thanks for taking the time to talk today, do you have a message for fans or anything else you would like to add before we finish?

There are some people that have been on my side for a long, long time. Long before Afro House was trendy. They have been supporting me and believing in me, even though it was crazy from the start. I want to let these people know: I do see you and I do appreciate you! A lot! Thank you! 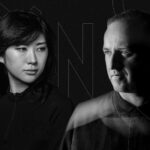 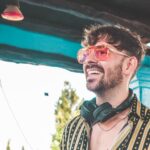