Hailing from the sunny south of Spain, a historic cradle of vanguard artists, German Brigante is a native of Malaga who makes his way on the basis of talent and effort.

Talking in terms of talent German Brigante has achieved a distinctive and unmistakable sound easily recognizable, capable of making him stand out.

These qualities, polished in long studio journeys, are the ingredients that have helped to configure the sound palette of German Brigante. That is why top labels such as Dirtybird, Exploited and Diynamic have released his works. All of these tracks, composed with a myriad of details, received the support of DJs such as Solomun or Dixon.

Also a talented DJ in his own right, we are honoured to have this exclusive mix and a short interview with the man himself…

Thank you, it has been a pleasure. In this podcast I wanted to transmit peace and happiness while trying to create and atmosphere with Arabic and Hindi melodies from 105 to 119 bpm. I hope you like it.

Honestly, I like them all equally, each track has its own charm. Yes, I played two promo tracks that will be released by Sol Selectas, and also my remix of Zuma Dionys that was also released on Sabo’s label. In the mix they are the tracks numbers 1, 4 and 11.

This year comes with a strong celebrative EP made with my great friend Yamil that will be released on Sabo’s label Sol Selectas, and also a solo vinyl EP on my own label Manitox.

A deserted beach would be the perfect place.

Anthony Rother has been my idol ever since I was young, as electro is my favourite genre in electronic music, and for many years he was always a great inspiration for me, but as you will tell by this mix, I also like downtempo music.

I’ll be back very soon, and stronger than ever. 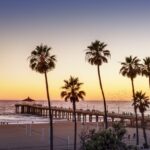 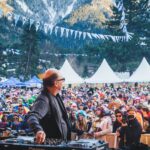