Four Tet’s label, Melodies International is putting together a series of special releases, which invite DJs and producers to put together compilation Eps.

The series is called “Melodies Record Club” and it appears that artists will select secret weapons from their DJ arsenal that will be licenced to Melodies for rerelease.

The first release in the series is available in stores on the 7th of May, and it comes from Four Tet himself. He has chosen two ’70s jazz tracks that he used to play at London’s legendary club, Plastic People.

Second in the series has tracks selected by Ben UFO, then after that others confirmed to compile Eps include Hunee, Mafalda, Floating Points, Daphni, Josey Rebelle, Charlie Bones and Gilles Peterson.

Launched in 2015, the concept behind Four Tet’s label, Melodies International is to be a platform that celebrates the records played at the UK producer’s You’re A Melody club night at Plastic People.

You can pre-order the labels first EP from HERE 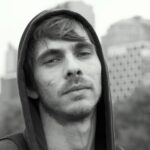 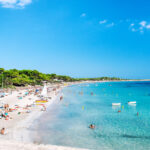