Spain has backtracked on its laws about making mask-wearing mandatory at the country’s beaches.

The U-turn comes only a week after the ruling was first implemented, as originally mask-wearing was to be a legal requirement at all times when in public.

After a huge outcry from the Spanish tourism industry, the government has amended the rules. People can now remove masks when visiting the country’s beaches providing they are 1.5 metres away from non-family members or swimming.

It remains the law for masks to be worn when walking on or off the beach, and also while in or outside bars and restaurants unless eating or drinking.

Luis Zoreda is vice-president of Exceltur, which is the industry body that represents Spanish tourism. Expressing his views against mask wearing at the beach, he said: “We’re going through hell with thousands of jobs and businesses threatened, and now they want to turn the beaches into open-air field hospitals.”

This gives a boost to tourist hotspots such as Ibiza, and means Spanish holidaymakers won’t have to worry so much about awkward tan lines. 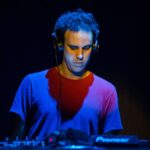 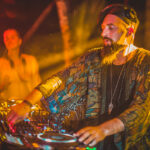