Florian Kruse has a string of major label credits to his name including Poker Flat Recordings, Joris Voorn’s GREEN imprint, Get Physical and Noir’s Noir Music. We caught up with the talented Berliner to find out what’s in store for the rest of 2017!

Florian Kruse: I am 34 years old, Berlin is my home and I started Djing and producing at the same time approximately 19 years ago.

Where do your musical roots lie and what made your get in to dance music?

Florian Kruse: My musical roots are Hip Hop and a bit of Disco but I started listening to electronic music early in the age of 14. My older brother Vincenzo known from labels such as Poker Flat Recordings, Dessous and back in the days Stickman Records was my biggest influence and brought me into electronic music.

Florian Kruse: In the beginning I was just learning by doing. All my equipment was analog when I started producing, – No computer involved. It was very expensive to buy new machines so I started with a basic setup of a sampler by Akai, a Roland synth, a boss drum machine, a reverb, a delay, a compressor, a Mackie mixer, a keyboard and a tape deck to record the tracks. I had no clue how to set the parameters of a compressor right nor did I know how to do the math on delay times so I decided to learn all these things and visited SAE (School Of Audio Engineering) in Hamburg. I made the audio engineer diploma. Later on I started working for that school as audio supervisor and even later also as a teacher.

Florian Kruse: My latest release is a remix for New York’s King Street Records. I have remixed Mikalogic’s track Synchronizer. Talking about inspiration – I think my son who just turned one is my biggest inspiration. The production of the remix was a bit of a ride being honest. I was working on it for too long and couldn’t listen to it anymore so I did a completely new version of it. A few days later not listening to any of the 2 versions I loved my first version again and decided to make this my final remix. I still love it and so does the label.

Florian Kruse: The music scene in Berlin is simply amazing. I would go so far and say it’s the capital of electronic music. In the meantime I’m playing every 6 weeks somewhere in Berlin.

That’s hard to answer. It’s changing all the time. At the moment I find myself playing a lot of tracks from Paul Ursin, Moonwalk, D-Nox & Beckers and Raxon just to name a few.

Do you have any plans to start your own label?

Florian Kruse: Well, I was running the label Save Room Recordings for more than 8 years together with Nils Nürnberg and I think we did our job well. We had artists working with us like Huxley, Sasse, Raxon and Christian Nielsen to name a few. In 2015 we have decided to take a break as we don’t have the time to focus on it.

Florian Kruse: My biggest achievement in life is, no doubt: My son.

Florian Kruse: Speaking about the music career of course I want to reach the next levels. There is so much more to discover and experience, so many more places to visit and to play at. That’s what I love about this job it never gets boring.

Florian Kruse: I love nature and fishing. One day I would love to live in a small house in the woods of Sweden.

What’s coming up next?

Florian Kruse: I am so much looking forward to the release of my album together with Hendrik Burkhard aka ‘TheGround’ coming out this fall on Audiomatique Recordings.

Other than that I have a release on Dave Seaman’s Selador Recordings together with Lazarusman coming out this summer. I am just working on a remix for Bedrock at the moment also. 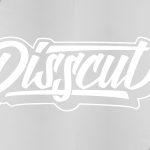 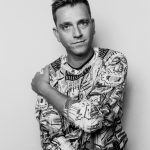