Nightclubs in Holland are currently closed due to COVID-19 restrictions.

On Saturday the 11th of September, protestors took to the streets in Holland to protest the countries restrictions on the event industry. This is the second time that Dutch people have marched against the government in what’s being called the “Unmute Us” movement.

Demonstrations took place in ten different cities across the Netherlands including Amsterdam, The Hague, Groningen, Maastricht, Eindhoven and Utrecht amongst others.

Numbers in attendance massively exceeded the organisers predictions, for example in Maastricht the organisers had expected around 1,000 people to attend, but by 2pm they already had over 7,000 in support of Unmute Us.

The first Unmute Us demonstrations took place on August 21st, and this second day of marches was in response to the government not responding with any meaningful commitments on when nightclub restrictions will be relaxed or removed.

By all accounts, the second marches attracted more people than the first, which adds to the growing support for the Unmute Us movement, and adds further pressure on the Dutch government to reassess their current restrictions.

Unmute Us was launched in response to the government’s ban on festivals and major events, which won’t be reviewed until October 31st at the very earliest. The aim of the first demonstration was to push for nightclubs to open again on the 1st of September.

NlTimes reports that according to the demonstration organisers, more than 150,000 people took to the streets across ten cities, and below is a video from the protest in Amsterdam… 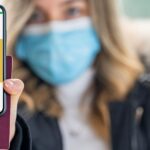 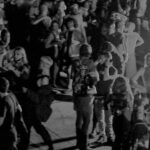