David Guetta has reportedly sold his music catalogue to Warner Music for over $100 million.

In addition to tracks from his back catalogue that spans over two decades, the deal also gives Warner the rights to any new music that the producer creates. Included in the deal are rights to his top-selling hits such as “Titanium”, “Sexy Bitch” and “Memories”. Worldwide he has sold over 50 million records over his career.

At only 53 years old, David Guetta is now one of the youngest musicians to have sold their backlog for such a large amount of money. Stevie Nicks, Neil Young and Bob Dylan are some of the other artists that in recent years have also profited from such impressive record deals.

Earlier this year, Neil Young sold just half of his 1,180 song catalogue to Hipgnosis for $150 million. Talking about his new record deal, David Guetta stated that it would help in “working my extensive catalogue and continuing to build my career.”

Due to the COVID-19 pandemic stopping live music in nearly all parts of the world, it’s speculated that David Guetta’s deal could be an indicator towards what could be a new booming market.

Giving a statement, David Guetta said “I’m super excited about the new music I’m working on. And even more excited that I have started to play all this new music live to my fans again and they are loving it. This is the right time to renew my creative partnership with my trusted team at Warner Music.”

With a boom in back catalogue sales to speciality companies like Hipgnosis and record labels such as Warner, a rise in the use of royalties paying streaming services has incentivised these companies to make such large purchases.

The Financial Times reports that paid for music services have increased the value of music rights with a 7.4% rise last year to a value of $21.6 billion. 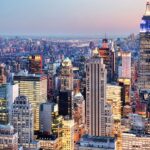 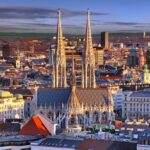