News from Glastonbury festival’s official Twitter account reveals plans for an online festival called Live At Worthy Farm that will take place on Saturday the 22nd of May.

It’s speculated this could be a fundraiser for a two-day in-person event that could take place in September.

In an interview on LBC Radio, Glastonbury Festival founder, Michael Eavis, said he wanted to do a smaller version of Glastonbury the festival in September.

It’s since been confirmed that Glastonbury Festival organisers have applied for a license to hold an event at the farm in September.

More details of the licence application reveal the event could take place on a Friday and Saturday, and serve alcohol between 2pm and 11pm. It does appear that camping would not be a part of this potentially new two-day festival.

In an interview with NME head organiser, Emily Eavis said: “Of course, we’ve no idea yet whether we’ll be able to do that, but we wanted to get the application in to be in with a chance. Unlikely we’ll have any news for a couple of months – but will let you know right here when we do.”

The teaser video and link to the ticket site suggest that Live At Worthy Farm could be just a one off online event in May, but knowing that the organisers want to run something in September, suggests that there could be a link.

Tickets for the stream in May are already on sale, and although most of the bookings are bands like Coldplay, there is a DJ set confirmed from Honey Dijon.

You can buy tickets HERE

Tickets on sale now, at https://t.co/QTGMwdaW9i

For one night only, the greatest show online pic.twitter.com/ymJLc9RmPJ 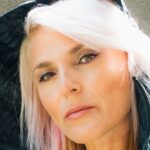 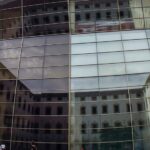