A prize of $20,000 will be awarded to an artist who makes music that inspires action for climate and conservation.

Entries have opened for the 2022-2023 edition of the Environmental Music Prize which awards $20,000 to the winning submission. Run in Australia, it’s a competition that acknowledges and rewards artists that through their music inspire action for climate and conservation.

Artists and musicians who make music in any genre can apply with tracks they have released between 2020 and 2023. The competition aims to draw a spotlight on artists who are releasing thought-provoking music that enlightens people about environmental issues.

Submitted tracks will also have a music video that celebrates nature or touches on themes of climate and conservation, and shortlisted tracks will go to a public vote to decide the overall winner. Shortlisted finalists will be selected by a committee of influential environmental and music leaders.

Last year’s competition gained over 50,000 views and 7,500 votes from 58 countries. It’s an initiative that links media, environmental groups and the music industry behind a common cause, in the hope that their combined efforts will become a catalyst for positive change.

King Gizzard & The Lizard Wizard were the band that won the last edition of the competition with their track ‘If Not Now, Then When?”. Although the $20,000 prize was theirs to keep and spend as they like, they donated their prize to The Wilderness Society which helps with conservation projects that support the environment.

Edwina Floch is a founder of the Environmental Music Prize and speaking about the project, she said: “Artists are powerful communicators, idolised and trusted by their fans. And music has the power to capture our imagination, touch us deeply, and enable us to dream big.”

Application for entry is open now and the closing date for submissions is March 5th. Finalists will be announced on Earth Day which is April 22, and then shortly after, the general public will be able to vote for the overall winner. Final voting will close on the 4th of June and the overall winner announced later in the month.

You can watch the video for last year’s winner below, and apply for this year’s competition HERE. 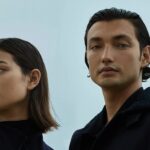 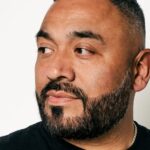