Hopkins Creek is the latest Australian festival forced to cancel due to extreme weather conditions linked to global warming.

Australian festival, Hopkins Creek today announced that this weekend’s event has been forced to cancel due to adverse weather conditions.

Due to go ahead at a volcanic crater outside the small town of Tatyoon in the state of Victoria, the event’s organisers today made an Instagram post saying: “Despite the noble effort of our build team this week battling gale force wind, sideways rain, hail and even snow, Mother Nature has delivered her unrelenting final word. Despite consultation with council, emergency services and local stakeholders over the past month, 80 millimetres of rain in the past 72 hours has deteriorated the festival site.”

This would have been the sixth edition of the festival which has booked underground house and techno artists from across the world including the likes of Barbara Boeing, Idjut Boys and Mama Snake.

Strawberry Fields recently announced it couldn’t go ahead due to a serious risk of dangerous flooding after a nearby river broke its banks.

Some others that have had to cancel in 2022 include 2 degrees, Splendour in the Grass, This That Festival, Yours and Owls, as well as Jungle Love.

Tara Benney from the Strawberry Fields organisation team recently did an interview with the Sydney Morning Herald where she said: “If I’m being completely honest, it’s just a massive moment for us all to stop and reflect on what is happening to our planet.”

Australia, in 2022, has been hit by some of the worst weather records to date. These early warning signs of global warming are a harrowing reminder of what the future might hold if humanity doesn’t change course. 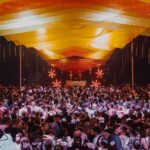 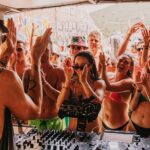